Dell is sending a message to its Canadian partners and customers that it intends to double down on innovation notwithstanding its growing even larger with the pending acquisition of EMC. 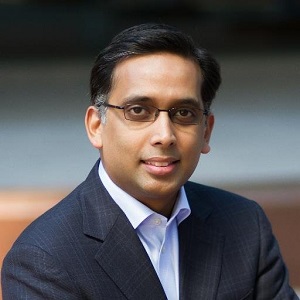 As Dell grows from an already large IT OEM to an even larger one with the pending acquisition of EMC, the company is sending a message to its Canadian partners and customers that it intends to double down on innovation going forward. Several members from the Dell enterprise team in Canada, including Armughan Ahmad, Dell’s VP Global Enterprise Solutions & Alliances, recently talked with ChannelBuzz about where the company is headed this year, with particular reference to the company’s networking strategy.

“Dell is not interested in being in the top right [in the Gartner Magic Quadrant] in networking,” Ahmad said. “We want to be in the visionary segment, driving the level of innovation and disruption.”

Ahmad said this kind of innovation is critical to their Canadian customers’ ability to compete in today’s tough environment.

“Canada in particular is going through a challenging time in terms of staying competitive, with the currency issue and the low oil and gas prices,” he said. “Technology is the only enabler we have to help us stay competitive. Digitization of business will help overcome these challenges. It’s being done in other countries.”

Understanding the data centre OPEX challenges is a major part of this, Ahmad said. A significant part of the costs are just for management, and while companies like Facebook are automated to the point where one admin can manage 50,000 physical serves, very few enterprises are at or near this capability.

“We deal with reducing that level of OPEX so it can be spent on the core purpose of the company’s business,” he stressed.

Dell’s strategy to do this – which it dubs the Future Ready Enterprise – encompasses both the traditional data centre and the new, software-defined IT.

“You have to have a mix of traditional and new IT support, and the Future Ready Enterprise is both traditional IT and new IT,” Ahmad added. The result is an array of offerings which extend from traditional workload-ready solutions for old apps at one end of the spectrum to Big Data-optimized ones for Hadoop and Cloudera at the other, with virtual infrastructure-ready, software-defined and cloud-ready ones in between.

“Traditional IT will continue to exist, but the new IT is where we want to go deeper,” Ahmad said. “You can have a Big Data analytics solution that embraces the hybrid cloud right out of the gate. We are continuing to bet on supporting new IT frameworks with choice-oriented architecture. Things like Docker and MongoDB cannot run on a traditional IT framework anymore.”

Ahmad also stressed that Dell differentiates itself from its competition here because while most vendors today claim to be open, Dell takes openness further than its rivals.

“We don’t care if something cannibalizes our own business,” he said, pointing to the fact that its numerous partnerships with software vendors displaces Dell’s own technologies off their hardware.

“We were the first to partner with VMware to virtualize our own servers, and our deal with Nutanix cannibalizes our own storage. Those are some of the big bets Dell has made.”

“Dell is focusing all its energy not on fighting the old, but on building the new,” said Conor Duffy, Global Strategist, Dell Enterprise Solutions. “What matters is the DEGREE to which you are open. A lot of our competition has become open reluctantly in order to remain relevant, and everyone wants to use the word ‘open’ because it’s a good sales pitch. With Dell, it’s core to our philosophy.”

Ahmad said that competitors like HP and Cisco, which have long-established legacy IT stacks in the enterprise that Dell does not, find it hard to embrace openness in the same way, for that reason.

“They don’t allow the wiping off of our OS completely like we do, and we see that as the differentiation over their open approach,” he said. “They let openness play on two or three levels only, because it’s heresy for them to open up more because they have too much legacy profitability at stake. We don’t, and as a private company, we feel we can make a lot of these big bets.”

“This disrupting the way traditional networking is being delivered for customers in open networking today,” said Rola Dagher, General Manager, Enterprise Solutions, Dell Canada. “It is a Dell differentiator because of the flexibility we can offer with it, and because we were the first in the market to do it.”

“Self-service is such a huge characteristic, and it doesn’t get the airtime I feel it deserves,” Duffy said. “The Dell Hybrid Cloud System using the Microsoft Cloud Platform System brings this to the market.”

While many associate cloud solutions with direct sales, Ahmad said that these Dell solutions are good opportunities for solution providers.

“We sell all these solutions through partners because there’s a lot of services attached to them,” he said. “Many partners want to host these themselves, and we also want to help them build out that infrastructure.”