AVG, which through Level Platforms has a long and strong relationship with Tigerpaw, has completed the first RMM integration to Tigerpaw’s new Web-based API. More Tigerpaw integrations, many of them net-new, are on the way. 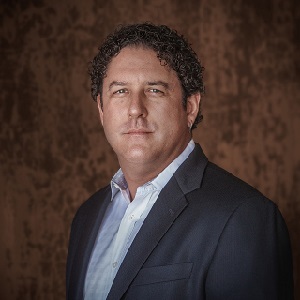 AVG is still seen by many as primarily a security software vendor, even though in the commercial space, since their 2013 acquisition of Ottawa-based Level Platforms, which gave AVG a RMM capacity that became the AVG Business Managed Workplace platform, their security offerings are just one element in the platform. What may surprise some is that they are the RMM vendor with the most Tigerpaw customers.

“AVG in our polls has always had the most customers of any RMM vendor, and that is because of our relationship with Level Platforms, who they acquired,” said James Foxall, Tigerpaw’s President. “We had a great relationship with Level, and liked them a lot. We are based in Nebraska, and I feel the culture of many Canadians is similar to American mid-westerners. Level had a culture that was very similar to our own, to the point where we would share leads.”

Foxall, acknowledged that when AVG purchased Level Platforms, in the midst of a flurry of RMM consolidation that also saw Level’s Ottawa-based competitor (and then-neighbor) N-able acquired by SolarWinds, the relationship cooled briefly after the senior Level Platforms management with whom they had had such good relationships left the company.

“There were some challenges, because a lot of people changed, and it went dark for a little while, but we were soon able to re-establish strong relations with others, like Marco LaVecchia, [AVG Business’s Vice President, Americas, who came over from N-able].” AVG is now a very strategic partner for Tigerpaw, and one of their Platinum sponsors.

“From a business perspective, they are a very proactive partner and are very important to us,” Foxall said. “We are going on their upcoming tour in Europe with them.”

AVG is also the first RMM vendor to take advantage of the capabilities of Tigerpaw’s modern Web-based APIs.

“Our old APIs were local and you needed access to a SQL database to use them,” Foxall said. “The Web-based APIs have enabled many new partners to write to us.”

The Web-based system also has changed the way in which the API integrations are completed, which Foxall said is entirely for the better.

“In the past, we wrote the integrations for the RMM vendors, but we don’t do that anymore,” he said. “Now they write to our APIs, and AVG is the first RMM provider to create a new integration to our Web- based API. It’s very solid and something that will stay very current going forward, which should make for a very smooth process. With us owning the API and AVG committed to writing to it, it creates a very clear delineation of responsibility.”

The AVG Service Desk Connector better integrates Tigerpaw’s business automation platform and the AVG Business RMM platform to deliver desktop management, network and server management, backup and storage, remote control and security. It synchronizes the flow of customer data in both directions between AVG and Tigerpaw.

Foxall also indicated that many other new integrations will be forthcoming this year, some of which will be updates of existing ones with existing partners, but many of which will be entirely net new, leveraging the capabilities of the new Web-based API.

“These new integrations will vary from help-desk companies to metric and report-based companies to distributors,” he said. “Because we have such a robust product, it opens up new areas for integrations.”

“The space used to be like a bit of the Wild West, when the heads of companies like Autotask and ConnectWise had their own feet on the street and everything was new and exciting,” he said. “As the space has matured, it’s not nearly as exciting. We have seen a commoditization of the RMM platforms, to the point where one vendor gives the RMM away when you buy the PSA. It’s good that we don’t have to justify what we do to customers any more, but more change, more convergence and consolidation, more suite-building is coming.”

Tigerpaw is reacting by greatly simplifying things for MSP, though both the feature set and training.

“Our goal is to get people up and productive as quickly as possible, through automation, and educating people faster,” Foxall said. “We do not want to be the cheap entry in the market. We don’t want to fight to get that two-person MSP, even though we have a lot of small clients, and we love them, but it’s a hard spot to make money in. Ideally we want to partner with a 40 person company who is a mix of MSP and break-fix, who we tend to win with a lot.”

Foxall also emphasized that in a PSA market which has three large players, themselves and Autotask and ConnectWise, they also leverage the fact that they are a better partner than the other big guys.

“The other two actively take clients from our RMM partners, and we don’t, and that has become a very important distinction for us,” he said.