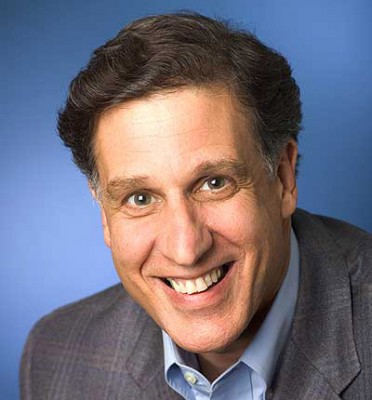 “We are announcing a ‘Try and Buy’ on our levels of partnership, Vitagliano said.

Vitagliano stressed that Dell’s experience is that partners who spend more time with Dell, learning their solutions and taking their competencies, become significantly more profitable. Yet at the same time, he noted that many Varnex members are either members of the Dell Reseller tier, their entry tier, or don’t work with Dell at all.

Vitagliano emphasized further that Dell is making a commitment to Varnex and its members.

“We committed we would have a presence at Varnex that would be continued, that we would have an involved and committed effort, that it wouldn’t be a case of being at one show, and then skipping one or two,” he told the audience. “I fundamentally believe that what you are doing is the right thing.”

To this end, Vitagliano introduced a special offer for Varnex members.

“We are announcing a joint SYNNEX-Dell offering that will grandfather many of you in this room,” he said. “Those of you who don’t have a relationship with Dell, or are just a Reseller partner – we want to put you in our Preferred partner category – our second category – and treat you as a preferred partner.”

The program will make Varnex members eligible for Preferred tier status for six months. This will entitle them to additional discounts: 4 per cent on storage; 4 per cent on networking; 1 per cent on OptiPlex and Latitude PCs; 2 per cent on servers; and two per cent on workstations.

“In addition, the real benefits of being a Premier or a Preferred partner happens at the grassroots level where those partners and our direct people go off and win opportunities together,” said David Miketinac, Sales Leader of North American Distribution at Dell.

“My goal is to help Varnex partners gain ongoing Preferred status at the end of that six months,” Vitigliano added. “I expect 20-30 per cent of the people in that room are thinking about a new or enhanced relationship with Dell, and we will get them to test us out, and make the investments and stay with us long term.”

The idea for the program began back at CES.

“It started at CES, when I met there with the Varnex advisory council,” Vitagliano said. “They said, ‘we think Dell can expand their presence in the Varnex community but you are going to have to do something to accelerate that.’”

While Dell labored with the channel for years with both its direct legacy and its relative newness in solutions beyond basic PCs and servers, Vitagliano believes Dell has advanced to the point where many partners can legitimately see them as the most stable option out there.

“We are a very stable vendor right now, particularly since going private,” he said. “Stability and consistency are key in this marketplace. Partners want to know what you are doing and set their business model accordingly. HP right now is undergoing great change. Lenovo is undergoing two very complex integrations. I have great respect for many of their people from my days at IBM, but the types of things they are doing are hard to do.”

Vitagliano noted that some solution providers might hesitate because they know they lack the certifications and training expected of a Preferred partner, and would have little chance of keeping their status. He said that this is where SYNNEX will step in, and provide the Varnex partners with programmatic support to optimize their chances for success.

“SYNNEX has a lot of skin in the game here too,” Vitagliano said. “Certifications are typically completed prior to a partner becoming preferred. However, SYNNEX has a very robust Dell support team in place. If a partner hasn’t completed the certs yet and they need support, they can go to SYNNEX for that support, which is not the way it’s typically done in the industry.”

Nor is Vitagliano concerned partners would sign up simply to enjoy the extra discounts for six months, without making the time investment to get properly trained and certified.

“I don’t worry about the solution providers making the investment once they decide to partner,” he said. “It goes back to the fact they are not going to disappoint their customers. If they have a customer opportunity and are working with Dell, they want to make sure their people are adequately trained to support that opportunity. In all the years I have been doing this, it is the solution providers who are driving us to provide the training and support.”

“This is really a big deal internally at Dell because Preferred partners see significant upticks in the business,” Miketinac said. “We think this is taking partnering to the next level by partnering with Varnex.”

Vitagliano acknowledged that it’s unrealistic to expect all Varnex members to flock to Dell’s banner, no matter how attractive the incent.

“We know companies have other strategic relationships, but my goal is still to partner with as many good partners as I possibly can,” he said “When you start doing 30-35 per cent of a company’s business, you become a strategic vendor as opposed to just a line card item, and programs like this can help us get there.

For Canadian Varnex members, it’s a more complex story, since Dell is not yet a formal SYNNEX partner in Canada, even though both Dell and SYNNEX acknowledge that it is coming.

“Once SYNNEX officially becomes a Dell partner in Canada, then Canadian Varnex partners will be able to sign up under the same conditions as American partners can now,” said Keith Jalbert, Vice President, Commercial Sales, at SYNNEX Canada.