With new venture funding to transition their business to the enterprise, Lookout has hired its first VP of Enterprise Product and its first channel chief, and is looking to the channel to drive its enterprise business 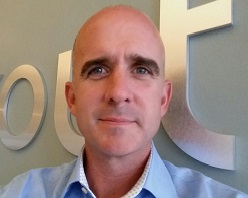 San Francisco-based mobile security vendor Lookout has built up a massive user base in the consumer market, and is now approaching the end of its strategic road map to take their technology to the enterprise. Fresh off a $150 million round of funding this summer to facilitate this enterprise tradition, Lookout has announced the appointment of its first Vice President of Enterprise Product, Aaron Cockerill, and its first Vice President of Worldwide Channel Development, David Helfer.

Helfer’s formal announcement comes as no surprise. Several months ago, when he left Juniper Networks, where he had been head of worldwide channels and commercial, Lookout was reported to be his destination.

“There was an opportunity here to come on board and take an install base and new funding and use them to hit a completely different area of the market,” Helfer said.

“Lookout started with a group of young engineers who found a Bluetooth vulnerability and demonstrated they could get in,” Helfer said. They formally launched in 2009, with a consumer focus.

“We have surpassed 50 million users in 180 countries, with the strategic plan of ultimately taking this to the enterprise,” he indicated.

The Lookout app is a simple-to-deploy SaaS offering which goes on the phone, and which Helfer said complements MDM solutions well since they provide the anti-malware component.

“It’s a completely different way of looking at security on mobile,” Helfer said. “Some vendors put traffic in a container, and others signature based, but we tackle it a very different way, looking at similarities and sequencing, so we aren’t detecting a signature but a construct of code.” While this type of solution has been deployed by other vendors in other environments, Helfer said it is unique for the mobile world.

“We took some features off for the enterprise, like photo backup, and ‘thefties’ – a front facing photo of someone who is trying to hack into your phone,” he said.

Helfer said Lookout is doing something rather unique by executing three things at the same time in their enterprise strategy.

“We are going from consumer security to the enterprise, we are a SaaS provider with a large established base using distribution in this strategy from day one, and we are using VARs from day one,” he said.

Helfer noted that the initial go-to-market strategy for most IT vendors is direct, to establish people will use their product.

“Companies our size typically don’t have an install base, so they go direct, and they get 37 customers, and they get a channel then,” he said.

A key objective will be to get one distributor in place for each global region, meaning all of North America will be handled by a single distributor.

The plan is to sell to the enterprise entirely through the channel.

“We won’t sell direct to any enterprise customer, but we will drive the brand to them, using our own sales people to help partners, especially with large accounts,” Helfer said.

He indicated VARs have indicated they see three use cases for Lookout. The first, and simplest, is basic SaaS resale on enterprise phones. The second is managed services including MDM integration, and the third is audit and assessment services as part of a consulting package, offering Lookout to determine trends in the mobile threat environment.

The initial target market will be core enterprises.

“Enterprises with anything north of a couple thousand users is a perfect fit,” Helfer said. “The perfect reseller profile is one with a security practice and which influences CSOs.”

Helfer indicated that the number of partners at launch will be limited.

“In the beginning, we will work with a small number of partners with high touch, but distribution will bring us into touch with more partners, and next year we will go out through distribution to additional groups of partners, like firewall resellers who want to add mobile security on top of what the offer,” he added.