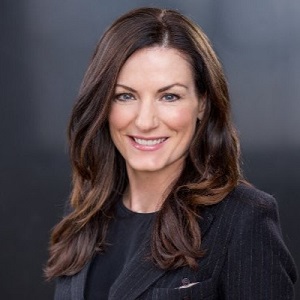 LAS VEGAS – HPE Discover has wrapped up for another year. One announcement is likely to have particular resonance for HPE’s Canadian channel partners. However, HPE Canada President Paula Hodgins thinks the overall messaging around the event will itself do HPE a world of good.

Hodgins, a 13-year veteran of Microsoft Canada, came over to HPE Canada last December, to assume Canadian leadership within an organizational structure that has recently undergone considerable change. Charlie Atkinson, who had been President and Managing Director of HPE Canada, left the company in late 2017, as part of a broader transition from a structure with separate theatre leaders and country leaders. His replacement, John Dathan, had a General Manager title. Hodgins, however, is again an HPE Canada President although the reporting structure remains the same as it was under Dathan.

“Canada is a part of the North American model that was implemented when Charlie left,” Hodgins told ChannelBuzz. “But HPE is looking to make more investments in Canada, and is investing more in Canada, so the scope of my role is broader.  I’m fully empowered to make decisions and have a strong commitment from Phil Davis [HPE Chief Sales Officer] and Dan Belanger, [Managing Director, North America]. So it’s really the best of both worlds.”

A major piece of the news at Discover was at announcement that HPE’s GreenLake consumption-based service was being extended to everything that HPE sells by 2022. It’s also being extended downmarket, from the enterprise where it has been largely sold so far, to the mid-market and the higher end of the SMB. The goal is to significantly expand its sales, which Davis said at the Global Partner Conference last Monday was 5 per cent of the business, but which the company wants to get to 25 per cent this year.

The percentages are lower in Canada.

“GreenLake has been growing in the Canadian market, including the channel, although we are behind the U.S. there,”  Hodgins said. “We were behind in cloud adoption as well – 18 months behind. We won’t get to 25 per cent in Canada this year, but the signs have been good. There has been a huge interest in consumption-based services, as part of the trend of customers wanting to preserve their capital. It also expands their choices. Every single CIO I have talked to has shown a huge amount of interest.”

“We are seeing it in customers like banks who are undergoing digital transformation, but we haven’t seen evidence of anywhere here where it is likely to be slow,” Hodgins said. “Every customer is looking at buying differently, but those at looking to have workloads that are very similar to the public cloud, and  customers trying to drive massive datacenter consolidation plays, are two  particularly strong elements.”

Given the relative importance of midmarket and SMB customers in Canada, Hodgins said the intent to bring GreenLake into these spaces will be huge here.

“I think there’s a lot of growth moving downmarket,” she said. “Canada has a lot of SMB and midmarket customers. They are all struggling to innovate. They have less of the legacy architectures big companies struggle with, so are better positioned. If we get this right – offer the right services at the right price point with the right partners, like Bell Canada, who also understand that market. We have to build that muscle with our partners in Canada.”

Hodgins now expects significant interest in GreenLake from across the partner community in Canada.

“Partners are looking for different ways to add value to their customers,” she said. “It’s something else they can work with HPE on to transform the way they are adding value to the market. Most of them are familiar with the offering. We just need to make sure the ease of doing business is there for them with this.”

“Primera is definitely more of an upmarket solution, but we see it as being relevant to some companies who are not traditional large companies, but for whom data is critical,” Hoskins said. “We see more opportunities emerging for this, as the importance of using data to drive machine learning increases further.”

Hoskins thinks that the main message from HPE around this Discover isn’t just the new solutions themselves, but the nature of the technology that they represent.

“What we are hoping that customers see from this is HPE’s broad commitment to innovation, around things like memory-driven computing and high-performance computing, as well as solutions like GreenLake,” she said.