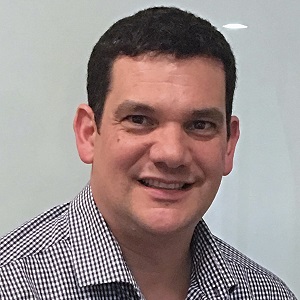 Toronto-based backup and disaster recovery [BDR] provider Storage Guardian has formally announced the availability of their Extended Protection for Dropbox solution. It provides BDR protection for customers that extends beyond the 120 days of version histories that Dropbox can recover in their own offering.

“We had a soft launch of this earlier on this year, and we hit a critical mass, and now want to make a formal announcement of it,” said Omry Farajun, Storage Guardian’s President. “The feedback has been really good.”

Now in their 20th year in business, Storage Guardian provides a range of cloud backup, disaster recovery, collaboration, sync & share and Infrastructure-as-a-Service offerings, both through their own sales and through a channel of thousands of channel partners across the U.S. and Canada.

“These kinds of solutions are a growing part of our cloud practice,” Farujan said. “It’s based on a recognition that physical servers will disappear one day like a dinosaur. We have a lot of customers who have already moved from them to the public cloud, but they want a higher level of SLAs. We currently offer protection for Office 365, SharePoint and OneDrive, but this one focuses on the high growth of the Dropbox marketplace and its 500 million registered users.”

The solution was designed in-house, and is not a rebranded third-party offering.

“Our BDR solutions are powered by Asigra, and we customized the backups for the Asigra platform using the Asigra APIs and the Dropbox APIs,” Farujan said.

For the end customer, Extended Protection for Dropbox provides the ability to recover data that extends beyond the 120-day period that Dropbox Business provides.

“People don’t always think about their long-term strategies,” Farujan said. “They assume public cloud will save the day for them. But just because you bought a server doesn’t mean you bought the backup. This is especially important for regulated industries, who will be a major target of this offering. It also reduces the risk of this data to ransomware, by its air-grapping of the Dropbox data in separate vault and ensuring that it is isolated.”

“For the 500+ million registered Dropbox users worldwide, many of which are small and medium-sized businesses, this solution not only helps them comply with industry data requirements but also protects them from other catastrophic data loss scenarios,” said Richard Zee, Distribution Account Manager, at Dropbox. “It’s a must-have for any Dropbox Business user.”

“Dropbox is a known entity and there is not that much money to be made just selling Dropbox, but having more granularity in retention policies through this allows MSPs to make more money,” he said. That granularity includes recover specific folders and or files back into the Dropbox cloud or directing their recovery to an alternate storage destination, setting long-term retention policies to archive files that are deleted from Dropbox, as well as providing ransomware protection by being able to roll back into the Dropbox cloud all files as they were prior to a ransomware attack.

“The extension of existing retention policies that Dropbox Business provides, working hand-in-hand with Dropbox APIs, is also significant for partners who want to provide  file server replacement in regulated industries,” Farujan added. He indicated that this is something that is becoming more common in the channel.

In addition, Storage Guardian has been working with distributor Ingram Micro – their first ever distributor – since 2017, and they recently extended that relationship.

“We launched on the Ingram Micro Marketplace in both Canada and the US in February of this year,” Farujan said.