AVANT, which provides offerings to over 500 agents focused on next-generation technologies, opens up an expanded route to market for Alert Logic’s SaaS services. 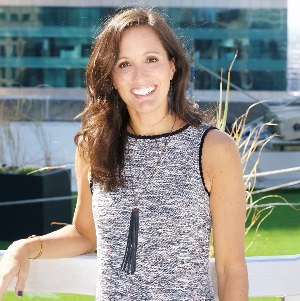 AVANT Communications has announced a new partnership with MSSP Alert Logic that will bring Alert Logic’s SaaS-based security offerings to AVANT’s channel, which is primarily smaller agents and consultants. Alert Logic sells through a hybrid model and has used traditional IT channel partners, but this is the first time that their services will be sold through the sub-agent community.

AVANT is technically a Master Agent, but they also have elements of value-added distribution in their business model, which sets them apart from many others in their space.

“We function as a master agent, but that is almost a legacy,” said Jennifer Gallego, Executive Vice President of Channel Sales – West,  at AVANT. “We focus on enhancing channel sales enablement and organization. We provider solutions in three areas – cloud, colocation and connectivity – and we are growing rapidly among consultants and agents because of our focus on next-generation technologies.”

When AVANT was founded a decade ago, its focus was distributing third-party solutions for large solution providers like CDW – and CDW remains a customer today.

“However, along the way, we found that the sales tools transferred nicely to smaller consultants, and that became the main focus of the business,” Gallego said. “We now have over 500 agents that we work with, which range from five-man shops all the way up to CDW. That’s a smaller base than some of our competitors, because we have focused on that leading-edge space, which means that we are working with a more finite group.”

AVANT provides offerings from over 250 service providers in the colocation and service provider space. All have their original vendor branding, with nothing being branded Avant, and they include many major names like Equinix in colos and Rackspace in the cloud.

“We also carry vendors like Alert Logic, Masergy and Trustwave, who are SaaS-based, but layer on managed services as well,” Gallego said.

Canada is an underserved market for AVANT.

“We have no feet on the street there, and provide support to customers like CDW Canada out of the US,” Gallego said. “We also have some smaller agents in Canada, but it is not a well-developed market for us. In contrast the U.K. is much stronger, and we now have two people based there.”

Alert Logic does not provide any capabilities that AVANT was not already offering their customers, but their solution set is organized in such a way that will make it easier for many to achieve their desired level of security.

”They are an MSSP with multiple security offerings from a managed SIEM that are designed to provide what amounts to small, medium and large types of service to cover needs from the simple to the very complex,” Gallego indicated. “They are heavily focused on perimeter security around cloud-based offerings – securing all applications and devices in and from the cloud – which not all providers are. They offer three types of core services: the managed SIEM, which provides log management and alerts; cloud perimeter security; and a professional services piece. The professional services utilize their SOC [Security Operations Centre] staff who monitor the customer environments and help the customer by determining which of the alerts are the most important to act on.”

Alert Logic is also highly complementary to other offerings that AVANT provides.

“Alert Logic is a layer on top of solutions that many of them have purchased already,” Gallego said. “In addition, a lot of customers have some security in place, but don’t know how to manage it. They lean on people like Alert Logic to do this. We have a dozen providers with some form of security offers, and we will recommend which best fits the needs of specific customers. Other solutions may have other strengths.”

For Alert Logic, the AVANT partnership brings an addition channel to bear, to extend their routes to market by entering the agent channel for the first time through AVANT.