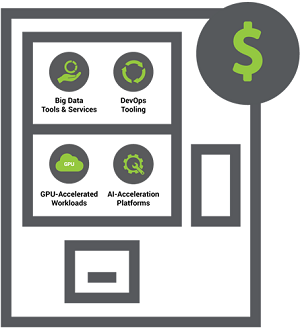 ZeroStack, which makes a self-driving cloud platform that facilitates simple installation and operation of a scale-out private cloud, has added a new service that their partners can resell. Inter-Cloud VPN-as-a-service follows on the heels of Big Data-as-a-Service, GPU-as-a-Service and DevOps-as-a-service already announced last month, and will be followed next month in turn by AI-as-a-Service.

The new services are a logical consequence of the new channel program that ZeroStack unveiled early in 2018, which set providing more opportunities for partners to sell services as an objective.

“We think that MSPs have the biggest opportunity in the movement to the cloud – if they can capture it – because they have the customer relationships and can provide the white glove services that a AWS cannot offer,” said Steve Garrison, ZeroStack’s vice president of marketing and business development. When we announced the new partner program in January, we wanted to add new services for partners, but got caught up a bit in the hype wave about services where no one gets specific. We were focused on apps like OpenShift in the first half of the year. Now we are on the next step of the curve, providing templated actual services that MSPs can easily launch and sell to their customers. We see it as a vending machine environment, where we can provide a large suite of canned things.”

The new InterCloud VPN-as-a-service lets a cloud administrator enable VPN configurations for one or more tenants or Business Units, and in a cloud that supports more than one site, can use the VPN-as-a-service to establish a secure tunnel between different sites to give specific users access to a specific application.

“Customers typically want no barriers between offices, which is not something that you can do easily in a multi-tenanted cloud early – allowing just those tenants to share security,” Garrison said. “We don’t know anyone else who is even offering VPN-as-a- Service at this level.”

Garrison said that they expect this will do well for MSPs, especially in distributed organizations, because it uses a new technology to address something familiar.

“The VPN idea is a known concept to the layperson,” he said. “This is about the marriage of the new idea of managed cloud with the old one of VPN. It’s not a revolutionary idea. It’s a way to apply an old thing in a cloud environment. This plays well in the channel because most VARs in North America are trying to figure out how to get into the services business. That’s increasingly where the money is. No one buys just a box any more – unless they get a great deal. A lot of the new MSPs we have brought on are VARs in transition.”

The next service, AI, is scheduled to roll out next month.

At the start of the year, ZeroStack had about 15 MSP partners who were transitioning from being VARs. They hoped to double that in 2018. Garrison said that they achieved that objective.