The plan is to enhance the organically-developed Nutanix Flow later this year by integrating technology from the Netsil acquisition, which will add a critical cloud element by facilitating application visibility across multiple clouds. 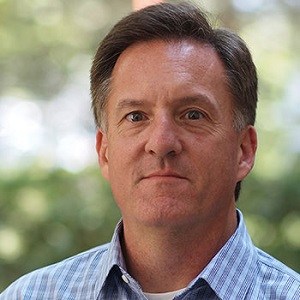 Today, at their .NEXT event in New Orleans, Nutanix has added a native networking capability into their Acropolis software. Nutanix Flow is a software-defined networking solution that automates the creation and management of application-centric security. Nutanix Flow will be further enhanced with the addition of real-time application visibility and discovery technology from the company’s recent acquisition of Netsil. While that acquisition has closed, the integration of the technology has not yet been completed.

“We pioneered the HCI market, and we are the technology leader in the space, as confirmed three months ago by Gartner [in their first HCI Magic Quadrant in March],” said Greg Smith, Nutanix’s Vice President of Product Marketing. “We did this with a complete infrastructure stack. We have now completed that IaaS solution with Flow, which provides one-click networking, along with native micro-segmentation services.”

The micro-segmentation capabilities of Nutanix Flow are what enforce the app-centric policies that govern communications between individual application services.

“Micro-segmentation is really the most notable aspect here because it is a complete net-new,” Smith said. “Before that, companies had to rely on third-party software packages. Companies perceived the need to provide better application-centric security. Before, it was very disruptive to provide this on an end-to-end basis, so we decided to build it natively into the IaaS stack. It provides micro-segmentation built into the product without the need for a separate software product, and with  no separate installation necessary.”

The network visualization component of Nutanix Flow provides application owners with an at-a-glance view of network performance and availability per application. The automation component will streamline and automate common network configuration changes, like VLAN configuration or load balancer policy modifications, based on application lifecycle events for VMs running on Nutanix AHV. The functionality will also integrate additional network functions from multiple Nutanix Ready ecosystem partners into a single networking policy

The plan is to enhance Nutanix Flow further with technology from the acquisition of Netsil, whose technology monitors applications, services and their dependencies in real time, at enterprise scale –  and across clouds. That’s of key importance here, the ability to extend network visibility beyond the hypervisor to the cloud, and with the true cross-cloud capability that is necessary to move applications and data between clouds and back and forth between public and private clouds. Nutanix will leverage Netsil’s advanced stream processing, application discovery and mapping technology to simplify security policy definition for applications running in both public and private clouds.

“The acquisition of Netsil closed two months ago, and our teams have been working on the integration out of the gate,” Smith said. “The Netsil technology will be fully integrated into Flow later this year. It will add additional application discovery and application mapping, and very fine-grained discovery of application tendencies down to API endpoints. That additional application visibility will make it easier to enforce more fine grained security policies.”

“The channel wants to have less friction, and to have an easier product to sell,” he said. “Flow does that by making the network native to Nutanix. That makes for a much easier sales process, and makes it easier to deploy and install, It also lets them bring a richer solution set to their customer, where they can lock down and protect their applications with microsegmentation.”

Nutanix Flow is available now, with the capabilities from Netsil expected later this year.