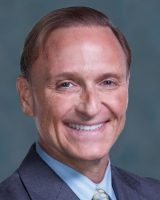 In an unconventional move that combines managed services software and business-building best practices instruction under a single roof, MSP software maker ConnectWise, of Tampa, Fla., has acquired consulting, coaching, and peer group provider HTG. Terms of the deal were not disclosed.

Arlin Sorensen, who founded Harlan, Iowa-based HTG and previously served as its CEO, will remain with the organization, which ConnectWise will operate as a discrete internal business unit. His new title is senior vice president of HTG Peer Groups.

“We’ve both been on this mission and this vision for a long time, and it just makes sense to put the two companies together,” he says. With demand for IT services rapidly outstripping the available supply, Bellini adds, the time is right for a joint effort to help MSPs improve operational efficiency as well.

“Technology solution partners have a great opportunity right now to grow their business if they can provide additional services and solutions, and that’s all about organizational alignment,” he says. “That’s where our partners can really use help, and that’s where we want to provide assistance.”

Both Bellini and Sorensen believe teaming up will enable them to increase the depth and scale of educational efforts that each has been conducting separately until now.

“We’re going to be able to really take the things that we’re both doing to totally different levels,” says Sorensen, pointing to the HTG Booster program that ConnectWise is currently piloting as an example. Introduced last summer and available free of charge, Booster gives HTG peer group members access to a senior business advisor tasked with helping them assess and optimize their ConnectWise software deployment. Over 250 HTG enrollees have signed up for the offering already, and Bellini expects to expand that number significantly once Booster enters full-scale production this year.

He also expects to increase the reach of HTG’s peer group operation. The company currently maintains 75 of its flagship, in-person peer groups, and Bellini hopes to at least double that figure in the future.

“The synergy of our consulting teams, the synergy of our education teams, and the global footprint of ConnectWise will give HTG the needed resources to really take their goodness and spread it throughout the entire ecosystem,” he says.

“You’ll see the HTG consulting staff and the ConnectWise consulting staff collaborate deeply, solving problems [and] defining even more best practices and then turning that into scalable education material,” he says.

Though the benefits of turning ConnectWise and HTG into a single entity will accrue initially to channel pros who do business with those companies, Bellini ultimately hopes to make their combined training and consulting capabilities available to non-partners as well.

“We’re talking about opening that up to the entire world,” he says. “It would be really cool, and that’s kind of our vision.”

In the near term, Sorensen emphasizes, HTG members should expect business as usual.

“The entire HTG team is coming along,” he says. “From an operational perspective, it’ll be same people doing their same jobs inside ConnectWise.”

Peer group members will pay the same the same memberships fees as well. “Our pricing has been published through next year already, so there’s no plans at this point to change that,” Sorensen says.

For ConnectWise and HTG, the acquisition announced today is the latest evolution in a strategic relationship that extends back over ten years. Using the ConnectWise Manage PSA solution has in fact long been a requirement for members of HTG’s flagship face-to-face peer groups.

“Over 95 percent of our members are on the ConnectWise Manage platform today,” Sorensen says. “That’s why this is a very synergistic thing.”

ConnectWise, for its part, has drawn on guidance from HTG experts in recent years to refine its business processes and goals. Bellini credits that consulting engagement for contributing significantly to his company’s 2017 financial results, which included 25 percent revenue growth and a 15 percent uptick in profitability.

“A lot of that we attribute to the fact that HTG came in with their leadership strategy and helped us align the company, and we’re now executing like crazy,” he says.

On a personal basis, Bellini and Sorensen have known one another since 1998. “We met in a peer group,” notes Bellini, adding that he personally flew out to Iowa some time later to install ConnectWise PSA software for Sorensen’s managed services practice.

As ChannelPro reported in 2017, HTG has been rapidly expanding the number and variety of its offerings. What began as a series of informal meetings in Sorensen’s living room with some fellow MSPs nearly 18 years ago has grown into a global enterprise offering in-person peer groups, online-only gatherings for smaller companies, and structured training programs for managed service newcomers looking for step-by-step instructions on building a successful business. HTG offers specialized groups for business leaders, service managers, and salespeople now as well.

This article was originally published on our content partner, ChannelPro Network.