Cloudistics sees Ingram Micro's EVI program for startups as a great boon to let them expand their channel in the U.S. and Canada. 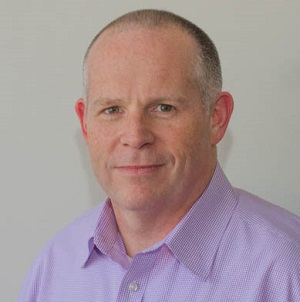 Reston VA-based hybrid cloud vendor Cloudistics has announced its first distribution deal, with Ingram Micro. The deal impacts both the U.S. and Canada.

Cloudistics’ technology provides a public cloud experience to on-prem users by aggregating their resources and creating pools of networking, compute, storage and VMs that are easy to administer, and cost much less than the public cloud. They tend to compete against the HCI vendors, and because of their special focus on networking, VMware attached to hyper-converged becomes a de facto competitor as well.

Cloudistics is still a startup, formed in 2013, with product becoming generally available last year. They are working with Ingram Micro through the distributor’s Advanced Solutions Emerging Vendor Initiative (EVI) Program, and a major factor in their joining that program was Cloudistics’ relationship with Dell.

“An interesting dynamic walked us to the decision to go through distribution,” said Steve Conner, Cloudistics’ VP of Worldwide Sales. “It had a lot to do with our relationship with Dell. While we will be expanding to other vendors in the future, our platform of choice today is Dell. Their preferred distributor is Ingram Micro, and they made the introduction for us.”

Ingram Micro introduced Conner and Cloudistics to the EVI program, which Conner said came as a pleasant surprise since it went against the grain of what he traditionally expected from broadline distribution.

“We had to go through a stringent selection criteria, which we passed with flying colours, and got into the program,” Conner said. “The EVI program gives us a couple of things we wouldn’t have had on our own. It gives credibility to our product and our brand, working with a major distributor early on. It also gives us access to resellers through the Ingram relationship we would never have had access to ordinarily. Ingram Micro is willing to make an introduction to resellers if we follow certain protocols. They also help us with their startup go-to-market, and give advice on branding, and the best pricing structure for the channel. That all comes from the Ingram EVI program.”

That program, Conner said, was designed to make sure that Ingram Micro didn’t miss out on any hot technologies because they didn’t yet have the volume that would draw a big distributor’s interest.

“They felt that they missed the vote on the HCI vendors, and were late to the game, so they created the EVI program so they wouldn’t miss opportunities with hot startups,” Conner stated.

“When we talked with them, they quickly saw the merit of composable computing, and also saw future tie-ins to their cloud business unit,” Conner indicated. “They saw the stars aligning. At the same time, that relationship with Dell helped a lot. The program is tough to get into because Ingram Micro doesn’t maintain more than 20 new vendors at a time. Most of them are security. We are one of the few infrastructure products.”

Conner also liked the fact that the EVI program costs Cloudistics a small fraction of what this kind of distribution would normally cost them.

“The cost to work with Ingram through the program is less than $5000,” he said. “I also like their approach to promoting and incubating me as a new vendor. They know that we wont move the needle for years. They are doing it because they see the potential value in the brand for Ingram, and their resellers. Some companies like Veeam came in when they were tiny, and grew massively. They look at this as an investment.”

While Conner is looked more Ingram Micro to deliver quality new partners, he isn’t looking for a ton of them.

“I would like to add between 2-5 new partners in each major geo,” he said. “I can’t handle more than that. In Canada, that would mean a handful in Toronto, a handful in Montreal, and a small handful in Vancouver. If I can get one new partner in each of these geos in Canada by end of the first year through Ingram Micro, I would declare success.”

Cloudistics will start out doing most of the training of new partners themselves, since the numbers will be small enough to make it feasible.

“It makes sense to handle most of it ourselves as we develop those materials,” Conner said. “But as we mature, Ingram has offered to take it off our hands, as long as we provide the tools.”