AWS formally announces that its Canadian region has now gone live, which the company confidently believes will significantly expand their business and the opportunities for Canadian partners. 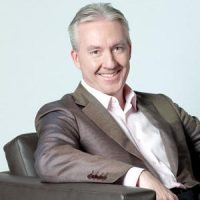 It hasn’t been much of a secret. Early this year Amazon Web Services [AWS] announced that they would be deploying a region in Canada this year. Indeed, at last week’s AWS re:Invent event in Las Vegas, several AWS vendor partners announced new offerings would be available in the then non-existent Canadian zone. Now, however, the curtain has been pulled back and all can be revealed. AWS now officially has a Canadian zone.

“An AWS Region is at least two availability zones with one or more data centres each, on a different grid, and in different floodplains – so they have inherent redundancy,” Gales said. “It means there are multiple data centres.”

The new Canadian-based data centre is in Quebec.

“Quebec offers us the ability to have a carbon-neutral centre because of its hydro power,” Gales stated. While there are a number of factors that come into play there, the fact that it is powered by renewables is significant.”

The new Canadian data centre is part of AWS scaling up its presence in this country. Gales own appointment in October of last year was part of this strategy, as have been his initiatives since in building up the company’s Canadian presence.

“A common question has been when this is coming,” he said. “There are many customers who for legal, regulatory or emotional reasons would like to have their data in Canada, and we have had limited adoption in those customer segments. We are filling that now. It really does make a big difference in government, and in all the regulated industries. Customers can now take advantage of the AWS cloud for any application. It’s fundamental to the move towards a digital economy. So we believe the timing here is really good.”

“The move from capital to operative budgets has been a really big shift for a lot of organizations, because of the ability to operationalize those costs,” Trudeau said. “It really is freeing for them. Public sector and enterprise customers sometimes do want an agreement and not just pay as you go.

AWS has hundreds of channel partners in Canada, and Gales said that the Canadian region will be a major asset to them.

“The launch of a region makes the market substantially bigger,” he noted. “Partners do a range of different services – around training, consulting, and managed services, and from what we have seen in other jurisdictions, there has been growth in all these areas after a region launches. Having a region also lets us work more precisely with Canadian partners”

“Having a region can dramatically cut the time to science in areas like genomic research – which is a priority of the government now in Canada,” Trudeau said.

Gales also thinks an AWS region on Canada can help overcome Canada’s comparatively slow adoption of the cloud compared to the U.S.

“This is a major investment,” Gales stated. “My own view is that there is a lot of pent-up demand. There’s such an amazing opportunity now that there’s a region. There’s an opportunity for Canadian companies and the public sector to take a great leap forward and catch those who have gone more quickly into the cloud.”