The interesting thing here is that Nutanix has expanded the Cisco support on its own, without Cisco being involved in the validation process. That supports the two companies’ earlier stated position that no partnership where Nutanix would be sold on UCS was in the works. This move may, however, indicate that Nutanix is trying to create momentum towards it. 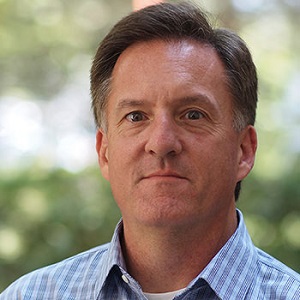 Today, Nutanix is announcing that its software has been validated to run on Cisco UCS C-Series servers, making Nutanix is now available on three of the top server vendors’ platforms. Dell and Lenovo, of course, are the others.

“This is big news for us,” said Greg Smith, Nutanix’s Senior Director of Product Marketing. “We are extending the platform options for our Enterprise Cloud software to include the ability to run our software on Cisco UCS C-series rack mount servers. We have independently validated and tested that our software runs on UCS flawlessly, and will support deployments on Cisco servers at the same level as all of our other customer installations.”

Smith said this announcement is an important extension of Nutanix’s objective of giving customers the maximum amount of choice in server platforms.

Smith indicated that pressure from Nutanix customers who were also customers of Cisco led to Nutanix deciding to have its engineers extensively test and validate the Cisco systems with the Nutanix software. Nutanix’s global support and services teams will also offer full support to customers on the Cisco systems throughout the entire IT lifecycle, including initial installation, infrastructure scaling and troubleshooting.

It is important to note that the Nutanix-Cisco relationship is fundamentally different from the other two, however, even going beyond the fact that the others are OEM deals, and this is one is simply a validation of Nutanix software on Cisco UCS. Most such validation announcements involve the collaboration of both parties working together. This is a one-way relationship. Nutanix, on its own, decided to extend support to please the two companies’ joint customers. When rumors that a formal Nutanix-Cisco partnership to have the Nutanix software sold on the Cisco servers surfaced a couple months back, both Cisco and Nutanix denied there was any truth to them. No one appears to have been fibbing, as the Cisco support Nutanix is now announcing is an entirely different animal.

Might this deal be a precursor to a formal relationship with Cisco in the future? Smith was far too cagey to commit to a definite answer on that one, but he suggested that Nutanix would not object if Cisco came to the conclusion that customer delight at the Nutanix move led to an expansion of the relationship.

“The market has demanded that we run on Cisco UCS, so Nutanix took the initiative, did the testing and validation and is making this announcement on our own,” he stated. “We are announcing this now, and hope that Cisco sees the value of this to their customers.”

Smith said that the new announcement also extends the kind of support they have been offering for joint Cisco customers, even in the absence of a formal partnering.

“We have worked with various Cisco groups to ensure that Nutanix deployments can fully leverage Cisco networking technology, including their ACI [Application Centric Infrastructure] technology,” Smith said. “We have published for our joint customers a joint practices guide and installation guide to get the best out of Nutanix and Cisco.”

Nutanix, which sells exclusively through the channel, will make its offering available to select partners. Here, that means partners who are certified on Cisco as well of Nutanix, and who are fully trained on the solution.

“As we do with any new product, we want to ensure partners are fully trained and can deliver solutions to our customers,” Smith said. “We think it will be attractive to a lot of partners big and small, and certainly in Canada. It will provide more value to new and existing UCS deployments, to let them build an enterprise cloud with the agility and capacity of the public cloud, but with the security and control of on-prem infrastructure.”

Finally, asked to comment whether this Cisco announcement could be a precursor to others, notably market-leading HPE, Smith unsurprisingly said he could not comment on that.

“We do, however, run on standard x86 servers, and we have demonstrated our ability to run on a wide variety of server platforms with our Community Edition,” he said.