Dell indicated good progress on their green fields discount initiative, overall commercial business, and partner education efforts. While the number of partners using Dell financing jumped considerably in Q1, the company wants more participation there. Plus, still no firm date on when Dell will team up with SYNNEX in Canada. 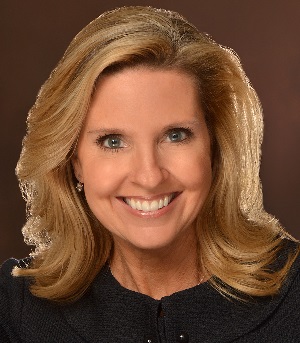 Dell’s first quarter is typically a fairly quiet time in terms of channel news. The company tends to announce its new channel initiatives late in the year at Dell World, then implement them at the start of its first quarter. That’s pretty much the case this year, as Dell’s channel update going into Q2 delivered a message of solid, unspectacular growth. Unlike last year, when the first quarter saw the launch of Dell’s new pro-channel direct sales strategy, which incents Dell Direct reps to work together with partners, the first quarter this year saw the rollout of more modest changes, notably the extension of new business discounts to the entry-level Registered Tier.

These discounts – an additional 20 per cent discount on storage, 12 per cent on PowerEdge servers, 20 per cent on networking, and 5 per cent on client devices – were intended to encourage partners to take out competitors and bring in net new business. Cheryl Cook, Dell’s North American channel chief, said they delivered good results in the quarter.

“We closed 3200 accounts through partners based on new green fields, with over 300 certified partners participating in those incentives,” she said.

Commercial channel business growth in Q1 was up a respectable 6 per cent, with enterprise business being the strong suit, with 18 per cent growth.

“We outpaced market growth by a premium of 2-3 times, and also saw balanced growth across all partner types and geographies,” Cook said. The amount of Dell’s total business that goes through partners is “over 40 per cent,” the same as last quarter.

“Our server performance is very robust, and took share from the competition,” Cook said. Dell’s total server shipments for the quarter increased by 11.0 per cent, according to IDC, compared to an overall industry increase of 1.9 per cent.

Cook also expressed satisfaction with a couple of Dell’s internal partner metrics, the number of new competencies attained, and the number of deal registrations.

“There has been a tremendous takeup on the number of courses completed,” she said. “In Q1 in North America, partners increased the number of completed competencies by 15 per cent. Canada was even higher, at 19 per cent.”

North America saw 34,000 deal registrations, which was up 25 per cent over the year-ago quarter.

“The approval rate was 74 per cent in North America, which shows that we aren’t rubber stamping them, and we haven’t lost discipline here,” Cook said.

“These onsite vendor representatives take on different roles depending on the partner, being focused on enablement, training, or solution architecting to help partners become more efficient,” she said.

Cook also highlighted Dell Financial Services, which she called a very strategic lever that partners could be using more effectively.

“We are now working with over 2000 partners in North America, financing over five billion dollars,” she said. “While we are ramping this up as we expand into distribution, our overall mix is still small compared to Partner Direct. I don’t think it has been something we have pushed until the last two or three quarters, in terms of telling partners what’s available.”

In Q1, a significant number of new partners in North America began to work with Dell Financial Services, Cook said.

“We added 550 new partners there in Q1, she said. “Those partners who are really leveraging Dell’s financing capabilities are growing 25 per cent faster than partners who don’t.”

Finally, while Dell continues its expansion of its channel presence, no news yet on when it will begin Canadian operations with SYNNEX.

“Ingram Micro and Tech Data is where we have expanded in Canada,” Cook said. “We continue to have really healthy conversations with SYNNEX, and it’s not a question of if but when we will work with them in Canada. They are doing a phenomenal job for us in the U.S. right now, but we haven’t set a date when we will turn it on in Canada.”