The deal covers both the U.S. and Canada, with Canada being a key aspect of the deal as Nexenta looks to broaden its penetration in this market. 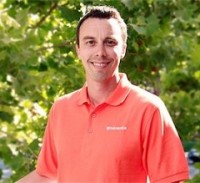 Don Lopes, Nexenta’s Director of Channel and Inside Sales

Santa Clara CA-based software-defined storage vendor Nexenta has signed its first distribution deal, with SYNNEX. The deal is an exclusive one and covers both the United States and Canada.

Nexenta, which sells entirely through the channel, had previously dealt directly with its partners, and this is its first distribution deal.

“Distribution made sense now,” said Don Lopes, Nexenta’s Director of Channel and Inside Sales, who joined the company early last year. “My first priority was re-establishing and getting involved with our reseller partners. Now we are looking to distribution for simplicity, scaling, and making it easier to do business together with partners.”

Nexenta has approximately 300 partners worldwide, with the North American partners being in the low 100 in numbers. Lopes said that in the U.S., while they do expect some incremental gains of quality partners through SYNNEX, recruitment there is not the top priority.

“The main priority is improving relationships with our existing customers.” he said. “Scaling and growing partner relationships is number two, but not in the sense of doubling and tripling our partner base.”

Canada is another matter.

“In Canada, we are scaling up our business, and this is another reason why we engaged SYNNEX,” Lopes said. “This is an opportunity to get to a wider set of partners across the country. We have a good presence in Montreal, but we see opportunities further west and in the greater Toronto area.”

Lopes came to Nexenta from SYNNEX, where he ran the distributor’s cloud business, and that relationship was a factor in the decision to go with them, but not the only one.

“In the channel, relationships and trust are key, and leveraging them is important,” Lopes said. “However, I did due diligence of them and the other distributors, and their collaboration with the other vendors in our ecosystem was another factor. They have strong relationships with Supermicro, Dell, Lenovo and others, and since we are software only, those hardware vendor relationships are important for us. Partners can get all the components they need for their solutions.”

Lopes said that while nothing is in place today, they expect that some programmatic offerings which leverage these vendor relationships will be available through SYNNEX.

“On the roadmap, we are looking at how we can bring together the compute with our software and leverage the capabilities that SYNNEX has,” he said.

‘We want more collaboration with our compute partners, and to go to market together,” Lopes added. “It’s all about how we bring the right solutions to the market with the right toolset. How do we make it easier for our partners to have strong relationships with these vendors?”

The SYNNEX relationship is one element in the channel strategy Lopes has built out since joining the company. Last summer, Nexenta’s partner program was updated and reworked to better support the company’s expanded roster of solutions. In November they introduced a new worldwide partner portal to better deliver new tools and new resources. The plan for the first quarter of this year is to expand the certification and sales training Nexenta offers.