These are ESET's flagship consumer products, but they are also sold by the channel, typically as an add-on in a commercial sale. They also preview the new features coming in the next commercial refresh. 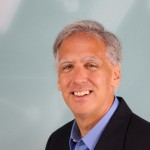 “These products are our consumer lines, but they are sold through our reseller channel as well as retail and direct,” said Damir Seferovic, senior product marketing manager at ESET North America.

“These are consumer products but they are suitable for less than 10 users in any environment where centralized management is not needed,” said Bill Mylchreest, ESET Channel Manager Strategic Accounts, ESET North America. “A lot of our partners, when they sell a business license to a corporation also sell some consumer licenses, so it’s an add-on opportunity.”

Since security software consumer lines are typically upgraded at a faster pace than commercial lines, Mylcheest said that the new features give partners a preview of what will be coming in the commercial upgrades.

“The top attack vectors we are seeing now are Java-based attacks and Botnets, so we are enhancing Exploit Blocker to protect against Java exploits, and adding a new Botnet protection feature,” Seferovic said. He referred to a 2013 Cisco study which found that the primary cause in 91 per cent of all cyber-attacks were exploits in Java-based applications.

“We protected against third party software and web browser attacks before, but we have now added Java protection because since 91 per cent of attacks in the past year were Java-based exploits,” Seferovic said.

“It is part of the Firewall module,” Seferovic said. “It checks for weird communication and prohibits connection if it matches with an additional database on botnets running in the background,” Seferovic said. “86 per cent of all crimeware activities were botnets last year.”

Both products come with an anti-phishing module, protection for social media, and anti-theft functionality in case the device is lost or stolen. All of these features were in the previous Release 7.

An additional feature which is enhanced in Release 8 is the education module.

“All of our consumer products come with a cybersecurity education module, but we have a brand new version for Release 8 with a game-like experience where you are a superhero and save citizens from common cybercrime,” Seferovic said. “While this is only in consumer now, we are looking at similar modules for businesses which would be appropriate there.”

Pricing for ESET NOD32 Antivirus 8 and ESET Smart Security 8 remain unchanged from the previous versions at $USD39.99 and $USD59.99 respectively.