EMC announces a trio of programs to address customer concerns with flash storage, including a guarantee that XtremIO products will last at least 7 years. 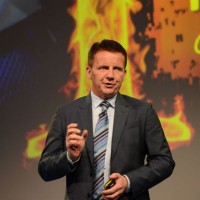 LONDON – EMC is taking aim at customers’ concerns with flash storage technology with the launch of a trio of new “protection” programs that warrant the maintenance price, reliability, and customer satisfaction with its XtremIO all-flash array.

The company introduced the “XtremIO Xpect More” program at an extensive product and program launch at the Old Billingsgate Market here Tuesday morning, a trio of offerings that it hopes will allay customers’ fears with flash technology. Perhaps the most compelling is its attempt to deal with customer concerns that flash storage will not be particularly long-lived, offering “Flash endurance protection” that warrants EMC’s XtremIO products will last seven years.

“XtremIO is confident that customers never need to worry about flash endurance because of the XtremIO architecture’s unique write efficiencies and its superior enterprise-grade MLC flash,” the company wrote.

Jeremy Burton, president of products for EMC’s Information Infrastructure group, of which XtremIO is part, put it even more simply: “We basically warrant that the flash will last a minimum of seven years,” he told attendees.

The company is also offering a three-year money-back warranty if customers aren’t satisfied with performance of XtremIO, and seven years of maintenance price protection with the purchase of any XtremIO hardware.

All three of the programs target frequently-cited customer concerns with flash – addressing concerns with both outright price and TCO – but the seven-year durability guarantee may be particularly compelling, given concerns with the relatively short active life span of consumer-grade flash storage increasingly found in laptops and other endpoint devices.

“This takes off the table a lot of the customer objections we hear about the programs,” Burton said at the conference.”

The programs announced here follow the introduction of its XtremIO $1 million downtime bounty, introduced at its EMC World event two months ago, and its longstanding “Flash Rescue Program” incentive for prospective customers to move from competitors’ flash offerings to EMC’s.

The programs accompany new hardware and architecture advances for XtremIO, including a new low-end system at 5 terabytes of flash, and a new top-of-the-line that can host up to 120 terabytes of flash, with support for up to a petabyte of storage through compression and deduplication. EMC also announced new at-rest encryption and data compression as well as backup as data services supported natively on XtremIO.

Burton described the all-flash array as the most successful product launch in the history of EMC, and its fastest product line to $100 million in revenues, highlighting that there is customer demand for data centre flash technology. Forty per cent of the company’s XtremIO customers, he said, are “starting to scaleout” based on the product, which only launched last year.

“This is nothing short of staggering for a 1.0 offering,” Burton said.