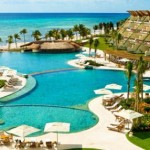 Partners from across the Americas are descending on the Grand Velas Resort just outside Cancun Mexico for Kaspersky Lab’s C3 Americas Partner Conference, and yours truly has managed to get in.

You’ve got to hand it to Kaspersky. Last year it was Punta Cana in the Dominican Republic, and this year, it’s the Mayan Riviera – no wonder the Canadian contingent is once again hitting above its weight, representing 15 per cent of this crowd from across North America and Latin America.

But it’s not all fun in the sun. In fact, there shall be no beach time or frou-frou drinks with little paper umbrellas for this blogger until some serious questions are answered.

Here are some of the things on my mind heading into the event.

The big topic at last year’s Partner Conference was the security vendor’s plan to break into the enterprise and how its channel partners could benefit from an end-to-end presence in the security market from Kaspersky. A year later, what progress has been made? We’ve heard from Kaspersky sales chief (and de facto channel chief) Nancy Reynolds that there’s been some remarkable growth. But I hope to be able to both track down some details on how things have gone so far, as well as what’s next.

Abad is Kaspersky’s new North American channel chief, and I’m looking forward to getting a feel for what he’s up to and his priorities for the coming year. With new leadership often come changes, and Kaspersky is certainly rapidly evolving along with the security threatscape in general. What will Abad have in store for partners at the show?

Abad takes over the North American channel helm from Kristen Capone, who is no longer with Kaspersky after just joining the company in early 2010. But that’s another story for another day, perhaps.

The cloud and mobility

Hey, gimme a break. It’s 2011, and I’m a technology journalist at heart. If I don’t ask about a cloud strategy, I’m not trying.

But seriously, Kaspersky has played in this area, but its security rivals including Panda, Symantec, McAfee and Trend Micro are lining up to tout their plans for integrating the cloud. How is the growing acceptance of the cloud from the consumer to the enterprise changing Kaspersky roadmap? I think we’ll probably get some pretty strong signals here. After all, it’s 2011, and they’re a technology company. If they aren’t talking cloud, they aren’t trying.

Likewise, most of Kaspersky’s rivals in the market are starting to stake a claim in the mobile space. As is, Kaspersky, supports mobile security on Windows Mobile, Symbian and BlackBerry. But where’s that strategy going, and how frustrating is it trying to get into the security game in the fragmented smartphone OS space? Might the cloud be the solution? Let’s see what we can find out.

So where’s the money going? In a press release, Kaspersky says this:

By partnering with GA, Kaspersky will start the next stage of our global growth strategy. Kaspersky sees a great opportunity for further growth in the endpoint security market and we have aggressive targets for the consumer and corporate sectors, while expanding our technology and product portfolio to embrace cloud computing, IT consumerization, and the creation of technologies to address the threats of the post–PC era.

But that’s a little non-specific. I’ll be keeping an eye open for signs of what the investment will mean for Kaspersky’s channel partners, both in the short term and in the long run.

Last year, I had a chance to sit down for a half-hour with founder and CEO Eugene Kaspersky, and our conversation covered a lot of ground. Most interesting to me were his thoughts on the need for international co-operation on security; a sort of a Digital Security United Nations was his dream. After a year that included some of the biggest and baddest security breaches ever, is Kaspersky still a believer in this community approach, or is it time for something with a more police- or military-theme to it? How have coordinated (and probably state-sponsored) attacks like Stuxnet changed his vision? I’m sure the ever-colourful Kaspersky will have plenty to say on all of the above.

What’s on your mind?

At C3 this weekend? Or a Kaspersky partner (or potential partner) still battling the cold back home? What do you want to know from the crew at Kaspersky? Sound off in the comments below, and I’ll be glad to take your questions to the company’s leadership, including Abad, Canadian chief Kevin Krempulec, COO Eugene Buyakin and Kaspersky himself.