After having started a major revamp of its partner program a year ago, Palo Alto Networks is now in the final stages of development of a comprehensive model for expanding partner services capabilities further. 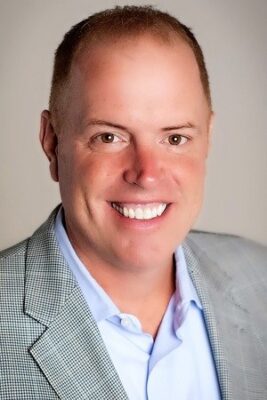 A year ago, Palo Alto Networks announced the first major overhaul of their NextWave Partner Program in over a decade. Now a year later, Karl Soderlund, Palo Alto Networks’ SVP of Worldwide Channel Sales, took stock of where the company is in their channel information, and what still remains to be done, particularly around the expansion of partner services capabilities.

“February 4 was the one-year anniversary of the changes we made to the program,” Soderlund told ChannelBuzz. “This was the first time we had made enhancements in over ten years. The channel program had been focused on our original firewall business, and on driving rapid growth, and it was necessary to evolve that as we evolved as a company. Now we have three different business lines: our next generation firewall, our Prisma cloud security, and our Cortex endpoint and edge platform. We needed to have a program to support all of those. which gives partners an opportunity to invest and be profitable.”

Soderlund said that the significance of the changes meant that Palo Alto Networks set conservative expectations for the first year, which were achieved.

“When we rolled it out, the anticipation was that it would take some time for enablement to get traction and take hold,” he stated. “We were pleasantly surprised that leading indicators exceeded expectations, on new deal registration submissions, partner-initiated pipeline, and bookings. We set some modest goals and achieved all of those. Many of our partners have had a successful year with PAN in the last 12 months from aligning with the program.”

A big emphasis in the program reboot was increasing partner-led services opportunities, with the launch of an a la carte menu of things that partners with a services practice can offer, starting with a Transformation Services offering to help partners implement a prevention-based architecture, and a Services Offering Kit around Network Transformation. Soderlund acknowledged that a year in, work still remains to be done on the services front.

“Going forward, the issue is still how we provide a greater services opportunity for partners,” he said. “What we are seeing is customers are looking for VARs and SIs to provide the technology support through implementation and lifecycle management on the services side.  We want the infrastructure in place to enable them to provide that for customers. But while everyone wants partners to provide more services, but we haven’t put together a model for them to do that.”

That’s the priority now, and it is close to being delivered.

“The development and modelling is completed,” Soderlund said. “We are now doing the focus groups around the globe. When we rolled out the initial enhancements last year, we took 3-4 months to get it right and made some tweaks and changes along the way. So it was received well and the partners felt a sense of ownership. We are attempting to do that again.”

The new services model will be weighed by the tier of the partner program.

“The Elite partners will be the ones who lean in and invest and will do lifecycle service. They invest heavily and understand the technology. Below that, in the second tier, we will have specializations reflecting that some partners have different focuses like cloud-based security and endpoint. The third tier will leverage other partners who have the services, and leveraging distribution, so smaller partners doing deals with services requirements can partner with others in the ecosystem.”

Other services specializations are still in development.

“That’s a work in progress,” Soderlund said. “In the last 14 months, we have made seven acquisitions. There will be an opportunity to provide training around the specializations from those acquisitions. That will be a continual evolution.”

“We are investigating having a partner summit this year,” he stated.