Inkscreen has traditionally focused on BlackBerry and MobileIron, and while these companies remain critical to them, they have expanded their integrations to most other EMM vendors, and have now made changes to their channel program to reflect this. 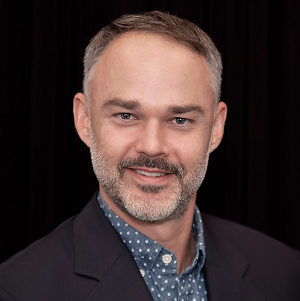 Austin-based Inkscreen plays in the enterprise mobility and management [EMM} space, with a specific focus on managing and controlling sensitive images captured on mobile devices. Last year, they expanded their vendor support beyond their historic orientation around BlackBerry and MobileIron. Now they are announcing changes to their partner program to reflect this, with the goal of adding quality new partners.

Inkscreen is a 2012 startup in the enterprise mobility management space which is specifically focused on secure imaging. Their CAPTOR app is designed to provide organizations with a high degree of control over sensitive images and multi-media content,

“We had an enterprise focus from the start,” said Josh Bohls, Inkscreen’s CEO and Founder. “We never had a consumer version. We identified gaps in the marketplace, with the common theme of conversations being managing media that is captured on a work mobile device. BYOD has really become obsolete, since almost everyone now uses their phone for both personal and business use.  We deal with the separation of personal and business content when it comes to photos. Our job is to segment the business content, and give IT complete management and control.”

Inkscreen’s first significant integration was with Good Technology, when they jointly developed a camera application with them shortly before Good was acquired by BlackBerry, and BlackBerry UEM remains an important strategic integration for them. MobileIron became the second major integration partner, and last year they developed integrations with most of the other vendors in the space around products like VMware WorkSpace ONE and Microsoft InTune, which are also Inkscreen’s competitors.

“We compete against components of some EMM platforms that deal with photos, although BlackBerry and MobileIron don’t do this,” Bohls noted. “Our competition is often more of a build versus buy decision, however. We lost some deals early to this, so we adjusted our price point at the high end to deal with it.”

The channel was always a part of the business model, although originally the focus there was working with BlackBerry, MobileIron and their partners.

“It has been there from the beginning, since when we developed the application with Good we were a part of their affiliate program, and we expanded out to the BlackBerry channel program,” Bohls said. “We had a direct sales team, but it was challenging to get to the companies that we wanted to and with the global reach that we wanted. It’s hard to sell to Europe from Austin. So in 2017, we decided to make it easier for partners to buy from us and be supported by us, and we added a dozen or so partners. This year, we are making a big push to expand that.”

Most of Inkscreen’s partners are EMM-focused resellers who serve the SMB space.

“Where we have had the most success is with partners in regional small to mid-size IT service providers as opposed to large catalogue resellers like CDW,” Bohls indicated. “We tend to get lost in those larger organizations, while with the smaller ones we tend to be seen as a natural bolt-on.”

Today they work with about a dozen reseller partners closely, as well as with the BlackBerry direct team.

The key theme with the changes to the channel program now is broadening this out, by expanding beyond the program’s traditional focus on BlackBerry and MobileIron.

“What we are doing now, as a result of the 2019 development work that lets us support 90% of the EMM market share, is move beyond our singular  focus on BlackBerry and MobileIron, so we have made changes to the program to go beyond that narrow vendor focus,” Bohls stressed. “We have moved from being a specific play for MobileIron and BlackBerry to supporting a broader range of vendors.”

In addition to the change in focus, Inkscreen has made some changes to how and what they sell.

“We used to sell a version of our application directly through Apple, but in 2019 we made engineering changes that converted all our applications so that customers buy everything through us or our channel,” Bohls said. “That required a lot of under the hood changes. We also released a backup system that brought a new level of maturity to the solution, where content captured on mobile devices is copied to a company server. That opened up some corporate use cases we couldn’t meet in the past. In addition, we are rolling out a compliance notification system that is an add-on sale.”

The program itself contains the core table stakes that partners expect from a mature channel program with strong reseller margins and sales support, and rapid onboarding, with partners typically up and running in under a week, with no network configuration required. Inkscreen also provides training for basic partner front-line support, and technical support as needed.

“Having worked with BlackBerry, we love working with Canadian companies,” Bohls stated.