Ubiq believes that its technology, which protects data at scale, will be a disruptive one in the security space. 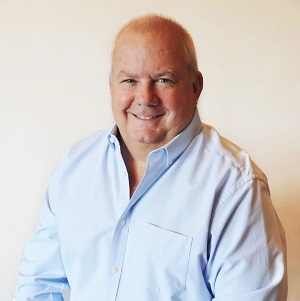 Ubiq Security, a San Diego startup which emerged from stealth this year after receiving new executive leadership and a new name, has announced they have added a new senior executive to the team. Steve Pataky came on board as Global Chief Channel Officer and Head of America Sales on October 1. Pataky joins Wias Issa, Ubiq’s CEO, who took that job a year ago, and Scott McCrady, their CRO, who joined in August.

Both Issa and McCrady had worked with Pataky at Fireeye, and then at SonicWall. Issa ran SonicWall’s APJ business before taking the Ubiq job. McCrady ran APJ sales, and was also responsible for SonicWall’s global strategic partnerships. Pataky, who had been CRO at SonicWall, announced his intention to leave the company early this year, saying that he needed a break, and departed in May.

“No small point of the reason I joined is the different folks here who I have worked with together in the past,” Pataky said.

Ubiq came out of stealth and  began selling at the beginning of this year. For most of its early days, it was known as FHOOSH.

“FHOOSH spent two and a half to three years in stealth mode, developing their core idea,” McCrady said. “Traditional security has been about securing the perimeter, and about hardening the perimeter to secure the data. The problem has been that this results in an unpalatable user experience.”

Ubiq’s approach is entirely software-based, and is focused on a data-centric approach, rather than perimeter defense. It secures any type of data, on any device, anywhere, and can render data useless if it is stolen or otherwise compromised data. 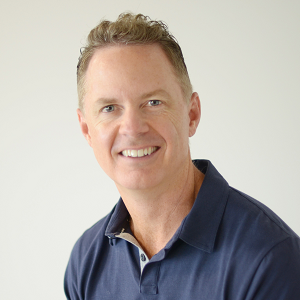 “I’ve been in many customer meetings, and not one person has said that this is like anything else,” McCrady said. “We can secure or make private an entire chain of data without impacting the user experience, either for the user or for the system. It’s a game changer in putting data security first, and freeing people to use the data however they want.”

The new executive team is committed to a channel-first Go-to-Market model.

“It has the same product and the same engineering as before we arrived, but we reconsidered the Go-to-Market,” McCrady indicated. “We also changed the company name, since some people thought FHOOSH sounded a little like a toilet flushing.”

“The old strategy of building the business up with direct sales and sliding in the channel later is antiquated,” Pataky said. “Modern companies have to go to market through the channel.”

“We brought Steve on early because the channel is so important to us,” McCrady said. “It’s a channel play and I want people to know that up front. It’s a massive incremental security play.”

McCrady said that Ubiq’s TAM is fairly broad, and not just large enterprises.

“It’s a broad channel play, not a one-dimensional one,” Pataky said. “The software-defined technology can easily integrate into existing security stack, so it’s a very strong integration opportunity.”

One strong use case so far has been in IoT devices which use video.

“Watch this space,” McCrady said. “The process of securing high-definition video has seemed impossible before now. It’s not easy or manageable to do this at scale with millions of devices. We can do that in a very elegant way.”

“Our channels have been focused on IoT integration and MSSPs,” Pataky indicated.

Along with Pataky’s appointment, Ubiq is also announcing a Ubiq Security Partner Program to support partners. Unsurprisingly, since they are an early-stage startup, their focus is on attracting high value partners.

“We’re in recruitment mode, but its not a ‘come one-come all,” Pataky emphasized. “It’s incumbent for us to be selective in order to dedicate our resources to the right partners. Our CEO asked me to map out the sales stages to recruit and onboard a partner, and the key point for us is when partners generate their own revenue. Getting those means finding partners with deep security practices who understand the value of this conversation. There’s a group of partners out there who understand what they can do with our technology.

“If we were to end the year with the right 25 partners, even the right 50 partners, that would be phenomenal,” Pataky added.

That includes some key partners in Canada.

“The Canadian market is important to us, “Pataky said. “There are great security partners there that we know and love.”

The program starts with a multi-tiered approach despite the channel’s small size: Authorized, Gold and Platinum. Levels scale based on revenue commitment and the number of sales and technical people trained on Ubiq. Gold and Platinum partners execute a joint marketing plan with Ubiq. Some of the program components, such as the partner portal and deal registration system that will be in it, are still being designed.