More automation is coming, as Continuum plans to have 91 per cent of its processes automated by the end of this year, and 93 per cent by the end of next year. 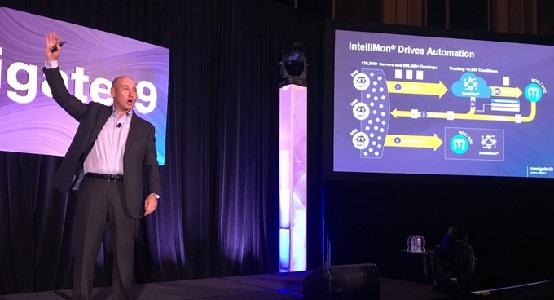 PITTSBURGH – The expansion of Continuum’s automation and orchestration capabilities for its Continuum Command RMM solution was a key theme of the just-concluded Navigate conference here for the company’s MSP partners. The announcements were a combination of net-new items, the revelation of incremental changes over the last two years, and some indications about how Continuum will extend these capabilities further going forward.

“We have invested very heavily in partner-driven automation over the last 24 months,” Fielder Hiss, Continuum’s VP of Product, told partners in his keynote. “We want our automation to be fully accessible and easy to use – driven from all levels of the stack. We have invested tens of millions to modernize the platform where we can manage tens of millions of endpoints – up from the 1.4 million they do now.”

“We were known as the one vendor who gave massive value immediately out of the box,” Hiss said. “But we weren’t highly customizable as far as automation goes. Our MSP partners wanted more automation that they could use to deal with more complex environments.”

Hiss said that the changes both extend the automation and make it easier to use.

“By making the automation more intelligent and event-based, and using monitoring triggers to allow common problems to be proactively involved, it allows game-changing resiliency and uptime,” he stated.

Hiss said that these improvements have been phased in gradually over the last two years.

“In 2018, we saw 22 million alerts,” he stated. “By leveraging our Intellimon alerting system, we auto-resolved over 19 million – 88 per cent. Our SOC and NOC got all but 200,000. That’s less than one per cent that had to go back to partners as a ticket. We see that as only the beginning.

“This same level of automation can be leveraged to take the platform even further,” Hiss added. “By the end of this year,  more than 91 per cent of all issues will be automated. By the end of next year, it will be 93 per cent. This level of partner-driven automation hasn’t been possible in the platform before.”

During his keynote, Hiss described the four tenets that enable this higher level of automation.

The first is a more dynamic assessment of Device Groups that permits greater customization.

“This has the system look for a change in state,” Hiss emphasized. “In general, partners group machines together in a static way. Dynamic device groups look for things like endpoint protection not installed or patches being out of date.”

The second, Tasks, is what Hiss described as a 2.0 version of scripting.

The third, Sequences, uses a drag and drop interface to link multiple tasks together to get to the desired outcome.

“The fourth tenet, Triggers, uses the power of Intellimon to decide to trigger when a new device enters group. It’s more intuitive way to drive a higher level of automation.”

The new automation capabilities are also fully integrated with Continuum’s NOC and Help Desk services, and will automate 10 of the most common Help Desk tasks that Continuum’s own team uses on a daily basis. This will account for 22 per cent of their total incidents. 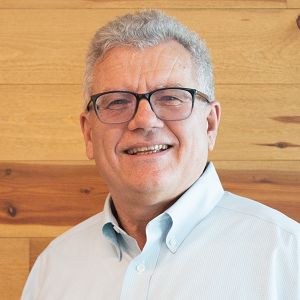 Tasos Tsolakis, Continuum’s SVP of Global Service Delivery, whose job is keeping the MSPs satisfied with the performance of their environments, said that this enhanced automation and orchestration of strategy has transformed the business.

“We are significantly more consistent in how we deal with issues and information we provide to partners,” he said. “For example, if disk space on server is full, we have a very specific process to handle it, which is activated by Intellimon. It then verifies the folders are full, and has specific rules on deleting temporary folders, using an algorithm to free up space. It then fills out the information and closes the ticket. It’s a very structured approach and is consistent all the time.”

The old process, Tsolakis said, was more dependent on individuals.

“Human intervention was required,” he said. A human had to look at the folder and decide what to delete and not to delete, Now systems control the process – and the automation makes resolutions much faster.”

The automation has reduced the size of the NOC team, even as revenue has grown.

“It has created significant opportunities for people to do new types of work,” Tsolaskis said. “Some got certified on security and are working in the SOC. Some are now dedicated techs for individual partners. So this created both revenue opportunities for the company and better career opportunities.”

Tsolakis also explained how the Help Desk process was changed, which had teething problems which caused service interruptions that CEO Michael George apologized for in his keynote.

“The new system itself was not the problem,” Tsolakis said. “The issue was that  the new system had to go through the legacy system to integrate with customers’ PSAs. It could not keep up. We had done it this way because partners liked to see data coming from a single place.”

Tsolaskis said that most partners were affected by the problem, which led to longer wait times either in chat or calls for a response.

“We fixed the problem for the short term, by putting more people on it, but people have to be trained,” he indicated. “There’s a minimum three-week training process on our systems. We also redesigned the sync process between new systems and the legacy, and the legacy system will be eliminated. That will be done by the end of the year. That’s part of our significant investments to improve process automation.”

Looking ahead in the short term, Tsolakis said that more Help Desk automation is coming.

“The technology in our new Juno platform lets us do more complex automations than we have in the past,” he said. “In the Help Desk, we are still very reactive. If the end user has a problem, say with printing, they call the Help Desk and we help them resolve the printer issue. By next year, when an end user has a problem, we can send an alert to the Juno platform, and our AI engine will activate the bot on the desktop. It will try to fix the issue and if it does, there will be a pop-up to say it’s fixed. It will open its own ticket, and if it can’t fix it will open up a window to the end user and a chat window to the help desk.”

In his keynote, Tsolakis showed how the process works today, with human from the SOC and Help Desk keeping the MSP in the loop manually.

“Going forward, it will get even more automated than before,” he said. “We will continuously inform all the groups on a proactive basis, rather than calling them.”

Hiss also reviewed other resent product enhancements for the MSPs in his keynote.

“We have made a huge investment in our backup offerings, because the way that MSPs are all targeted now makes backup and recovery more important,” he said. “We also your need for backup for SaaS, so we launched Continuum Recover for SaaS [in June, with support for Office 365, Google G Suite and Salesforce], and we will be supporting Dynamics by the end of the year.”

For performance, Hiss said they redesigned agents to make full block scans up to 60 per cent faster than before, and also redesigned storage interfaces and VM performance, to make the DR cloud 3x faster.”

“For data protection, because attackers understand MSP tools, and delete backup tools, we are introducing Soft Delete from our DR cloud to clients,” Hiss continued. “It lets you know if someone deleted a backup, and lets you revert it if it is accidental or malicious. That’s extremely important, and a differentiated protection for us to you and for you to your clients.”

Hiss also emphasized the importance of the BrightGauge acquisition early in the year.

“BrightGauge adds a goal management solution for MSP. It’s also a great place to integrate with Fortify, and also will make it the way we do all our executive reporting.”

Hiss said there is major value with this in constantly reminding the customer of the MSP’s presence with these reports.

“It’s a great presentation layer for MSPs,” he said. “Too often, the only time the MSP has a ‘what I’ve done for you’ conversation with the customer is when they go for renewal. The reports regularly make it very clear what the MSP has been doing for them.”