BetterCloud has built ten connectors to major applications which involve complex integrations like real-time activity alerts, and now they are announcing what they are terming their most important release to date, which will allow developers of other apps to build connectors to them. 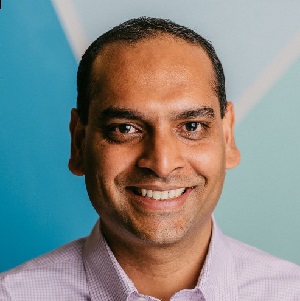 New York-based SaaS operations management provider BetterCloud, whose platform offers multi-vendor management and security for SaaS applications, is announcing what they are terming their most significant release ever. Their release of “BetterCloud Platform APIs” responds to customer requests, and will allow developers of apps to write their own integrations with Bettercloud.

“This is a milestone release for us,” said Shreyas Sadalgi, BetterCloud’s Chief Business Strategy Officer. “Customers have told us that it’s great that we support these big SaaS companies with whom we are partnered, but they would like us to support the rest of their SaaS stack. That required us building a connector to allow them to build these integrations themselves. We are now announcing these new BetterCloud Platform APIs with a connector that will enable this. It’s our most anticipated release ever, which unleashes the APIs. The sky is the limit for us now.”

BetterCloud began in 2011 as a Google-based SaaS platform which was purely for the management and security of Google G Suite. In 2015, they rearchitected the platform to a multi-vendor capability, While they still maintain a very close relationship with Google, they have added support for other large SaaS vendors: Box; Dropbox; Namely, Office 365; Okta; Salesforce; Slack and Zendesk.

BetterCloud’s differentiation is the development of very deep integrations with the connectors it has already designed natively. This includes a real-time alert capability, which lets the user monitor and track in real time, without the need for a trigger to take place. This allows for highly customizable monitoring and alerting policies, and at great scale, over massive data sets.

“Until now, we have been building our own connectors, and no one else could build the connector but us,” Sadalgi said. “We have now opened up APIs with the same APIs as our product teams use so anyone can build their own connectors to our platform.”

Sadalgi said BetterCloud realized two years ago that they needed to open up their APIs in this way, but that it took that long to develop a way to do it.

“It became necessary because the digital workplace today is so much more complicated, and the number of SaaS applications is increasing exponentially,” he stated. “The more a product becomes a platform, the more embedded it becomes into other people’s organizations. Because there are thousands of applications, the process of building the connectors needed to be opened up. We realized it 24 months ago but took us that long to do it. It was a tough problem to open it up to APIs.”

The BetterCloud Platform APIs provide Scripting Platform with robust security controls, which allows developers to collaborate on scripts securely, and maintains an audit log of all actions taken by custom scripts for security purposes. Trigger Inputs let teams to kick off security policies and management workflows from a specific event, such as an alert from a SIEM provider, to leverage insights from one application to inform the policies and workflows taken from another application. Action Extensions also let IT and security to take admin actions in other applications, including deleting licenses, changing entitlements, creating tickets, or sending audit logs to a SIEM provider.

BetterCloud will continue to build out native connectors similar to the ones they have already built themselves, as well as quicker integrations using runbooks from the BetterCloud Platform APIs.

“These give us a scalable way to build fast integrations,” Sadalgi indicated. “While they will not be native connectors like our others, we will build out runbooks with ServiceNow, MobileIron, Airwatch and others. We will also continue to build out native apps, and we have a roadmap to build the next of these 20 connectors. It involves going deeper with Microsoft on OneDrive and SharePoint.”

A little further down the road comes a logical extension once third-party integrations have been built – an app exchange.

“This is a really cool thing that we haven’t announced yet,” Sadalgi said. “The goal is to provide the equivalent of a Salesforce AppExchange for BetterCloud, so developers can publish integrations they have just built. This will multiply the effect of using our platform. Our goal is to have hundreds of runbooks in a BetterCloud exchange.”