EventTracker has moved in a period of less than two years from mainly direct to channel-focused, and has been building out their MSP channel. Their new integration with ConnectWise Manage is their first of its kind, although other PSA and RMM integrations are likely to follow. 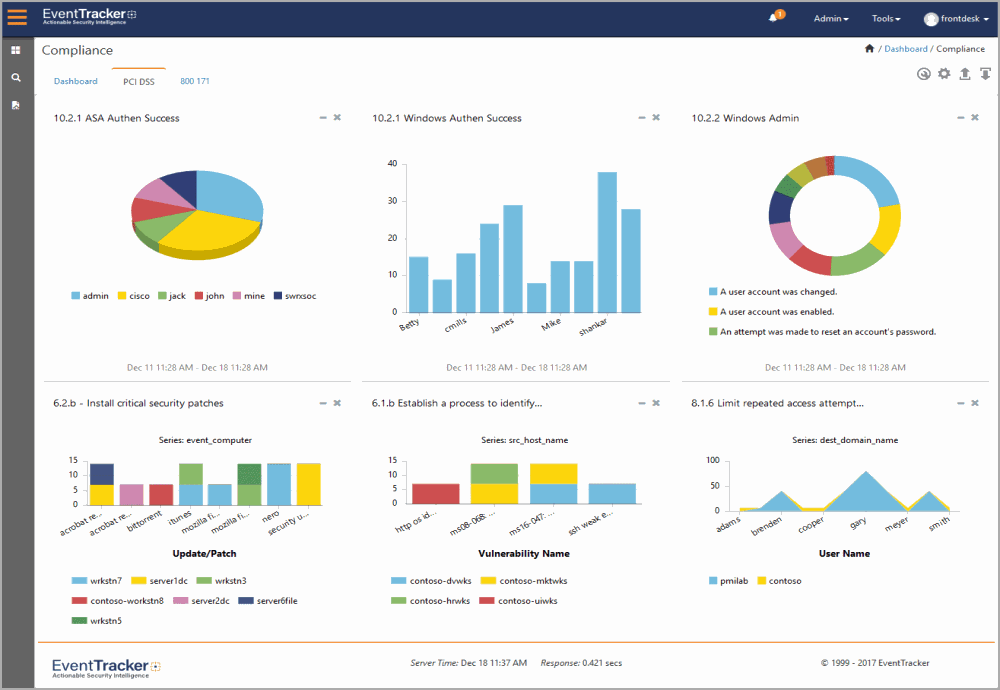 “We have an integration with Continuum Security [Carvir before its acquisition by Continuum earlier this year], and EventTracker is part and parcel of their offering,” said Guy Cunningham, EventTracker’s vice president of Channel Sales and Alliances. “We are also in conversations with several other RMM and PSA vendors, but this is our first integration of this type.”

EventTracker has been around in one form or another for almost two decades, but their channel legacy and focus on the MSP business are much more recent than that. Both really date to the period after their acquisition by Netsurion in late 2016, and specifically to bringing in Cunningham to run the channel business at both EventTracker and Netsurion in February 2017. Previously EventTracker had worked with a small number of partners on a very unsystematic basis. Cunningham brought in EventTracker’s first channel program in July 2017, which contained the kind of benefits and expectations around certification, training and revenue levels that partners expect as table stakes in a Tier One channel program. It also included a tier for managed service providers. They now are into triple digits in partners, with MSPs being most of those.

“We are growing into our channel strategy,” Cunningham acknowledged. “We really serve two different types of MSP partners, something that has been driven by the direction of the company. Some of them are true MSSPs, but we also have partners who are broader than that, like the kind of partners who come to this event, as well as ones like a large firewall company and managed network services companies that we have recently signed.”

Cunningham said that MSPs are being encouraged by security vendors to make decisions that put them in a difficult situation.

“MSPs are being told by scores of vendors that they need to become an MSSP, that this is where the industry is moving,” he said. “The problem is that for an MSP to really become an MSSP requires a huge investment. It’s also complicated by the fact that all kinds of vendors call themselves managed security, but they really could be managed anything. If they have a SOC, it could have a human element within it – or not. It’s hard for the MSP to filter through the marketing-speak. We essentially have two options for MSPs. They can run our software themselves if they are large enough and have the skillset. If they don’t, then we have SIEMphonic Essentials, a 24/7 managed security service for SMBs.” SIEMphonic was launched at the end of 2016.

Cunningham said that many MSPs are still trying to figure out their security strategy.

“We are finding that 60-70 per cent of our partners transact very infrequently,” he indicated. “All MSPs know they have to increase their portfolio around cybersecurity and we expect those that don’t transact commonly are trying to build their practice, including how to market it and how to sell it.”

Cunningham said that modern SIEMs are entirely different from the earlier generation, and are much more useful for partners as well as for customers.

“We had a legacy SIEM when I was at Symantec, but we couldn’t sell it,” he noted. “It was expensive. It was difficult to manage. It required intensive capital expenditure. And all it did was raise a flag of a suspicious event. EventTracker Manager isn’t just an  alert tool. It looks at logs and correlates them against databases, and is reviewed by humans. It includes UEBA behavior analytics with machine detection, and does remediation. In the next couple of months it will have EDR capabilities. It’s not your grandfather’s SIEM, that just did logging. And the cool thing about our technology is that it is priced for SMB, but scales larger than that.”

EventTracker is exhibiting at IT Nation Connect today, the last day of the event, at Booth #609.