BetterCloud just closed a new funding round, with part of the money being used to allow them to ‘step on the gas’ and speed up their channel momentum. 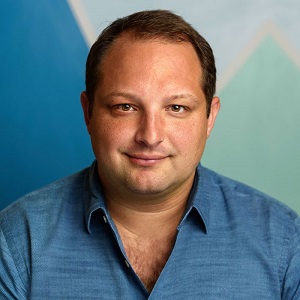 New York City-based BetterCloud, whose platform offers multi-vendor management and security for SaaS applications, has already reinvented itself since coming out of stealth in late 2011. Starting out as a platform for management and security of Google G Suite, in late 2015, the company made a major pivot, re-architecting the software completely around a multi-vendor approach. Since then they have broadened out their platform support, and honed a focus on the mid-market and the upper end of the SMB. The channel has been a part of their go-to-market model, but now they have reached the stage where they are looking to expand it, although not yet to the point of being a volume play.

BetterCloud has always differentiated itself in its exclusive focus on SaaS, said David Politis, the company’s CEO.

“That is quite unique,” he said. “Most cloud security vendors do their work at the infrastructure layer, or they do it via proxy, or through Web security or device security. No one else does what we do for SaaS applications at the API layer. Many API integrations are just dashboards, but with our software you can take action and automate and remediate.”

Politis said that with their first, G-Suite focused platform, they learned a lot about APIs, which they can now leverage in a broader context.

“We are now able to do things like make a change in our code and have it propagate anywhere in the system,” he said. “The biggest challenge with integrating APIs is that they have no standard, unlike other kinds of solutions like single sign-on. So we have to go to each SaaS vendor who have their own platform and design an integration which reflects the unique nature. It’s a big challenge technically – and then once you build them, you have to maintain them. These platforms evolve very quickly, so their APIs also quickly evolve, and we have to do all that work as well.”

That degree of work is why other SaaS companies haven’t designed the kind of multi-vendor platform that BetterCloud has, Politis said.

“Technically, it can be done, but it takes a really long time and a lot of effort,” he stressed.

“Gartner says other companies do some pieces of what we do for Office 365, but that no one has the depth of functionality we have,” Politis said.

Other vendors are partly supported, with the support being extended, and some others are close to being integrated.

“We support Salesforce, although just the Sales Cloud today,” Politis stated. “The big one we are working on is ServiceNow, which is showing up in more and more customers. It used to be just enterprise customers, but  now they are showing up in a lot of midmarket accounts. We are also starting to do integrations with the identity vendors. The first part of our integration from Okta is out, and the rest of it is coming pretty soon. These applications fit into the orchestration story for us, so it is important to support them.”

ServiceNow’s greater applicability in the midmarket is important because that has become BetterCloud’s  sweet spot.

“When we started, we could serve any customer, any size, anywhere in the world – and we did that in the early days,” Politis said. “But we have moved with the market. We have found that companies with between 100-200 employees at the one end up to 10,000 at the other are our real sweet spot. We do have some big enterprises, but most of the demand for SaaS platforms today is coming from lower downmarket, particularly the larger SMBs and the lower part of the midmarket. Office 365 gave a big boost to SaaS adoption in the midmarket, and got people looking at other platforms like Dropbox and Box. A customer also really needs to have full-time IT staff, and have a high adoption of SaaS platforms to be a good candidate for BetterCloud.”

When BetterCloud made its pivot to multi-vendor support, it did much – but not all – of its selling direct. About 30 per cent of their business today is channel.

“The challenge that I have found is that to have a successful channel strategy, you yourself need to understand how best to sell the product, to create market momentum,” Politis said. “When we did the rebuild, we were creating a category. We had to be able to explain the category ourselves and that’s  what we have been doing. We still had channel partners, because the channel is the only way we have to work with our larger customers. All of our larger customers have come through the channel. But now, within the last 3-6 months, we have we gotten to the point where we are able to increase the channel.”

The company just announced a $60 million Series E round earlier this month, and channel expansion is one of the areas for which the money is earmarked.

“We just hired a VP of channels,” Politis said. “It’s time to step on the gas there. Part of this funding round is to make sure we aren’t the best-kept secret any more in the business any more. We are sub-optimized in the channel today. But our platform is unique, and it does something that partners are looking for. Partners can build an entire practice around BetterCloud. We can bring MSPs in particular a lot of value.

Politis stated that while historically, many SaaS consultancies have been specialized around a single vendor, that is changing.

“When we started, every partner that we had worked with Google exclusively,” he stated. “There has been an evolution where many have slowly started to bring on other partners in adjacent areas, like Okta, Dropbox or Slack. We have a SKU – BetterCloud One – for any single SaaS application we support, and partners can lead with that for a SaaS application they focus on. That’s the foot in the door. Then they can expand to connect other applications with unlimited connectors.”

BetterCloud isn’t looking to sign up hordes of new partners however, not at this stage.

“The only way we will be successful with channel at this point is to keep our group of partners fairly selective,” he said. “We don’t have the infrastructure to support a large number, and we are still evolving. We want to have a small, intimate channel we can work closely with. From there, we will eventually open it up in a much broader way to distributors, and the broad channel, but that will take some time.”