In addition to introducing RestAPI for the first time, Veritas also extends the ability to support modern workloads that was first introduced in the previous NetBackup release. 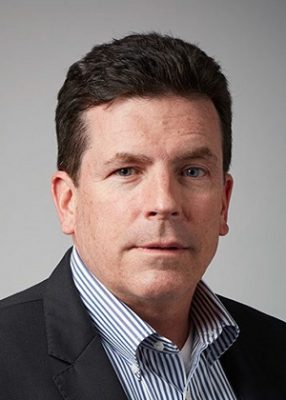 Veritas Technologies has announced the 8.1.1 version of their enterprise-focused NetBackup solution. The most significant element of the announcement – and which has direct relevance to channel partners – is the introduction of NetBackup RestAPI. It makes Veritas NetBackup 8.1.1 the first version of the product with APIs that partners of all types can natively integrate. The new release also adds optimization for the FIPS certification, support for AWS Glacier, and support for additional modern workloads through plug-ins.

“The new 8.1.1 release succeeds last fall’s 8.1 release, which featured the inclusion of new workloads we supported with a plug-in model,” said Dan O’Farrell, Senior Director, Solutions Marketing, Modern Data Protection at Veritas Technologies. “What’s unique here is we are publishing a RESTful API. In the past, NetBackup could talk to storage arrays through Open Storage APIs – but that was a private method. Now, anyone can write to create communication between NetBackup and other processes.”

Veritas isn’t claiming that this puts them ahead of the backup and recovery market, but they do say that it enables them to catch up tech-wise with some other players.

“With some, it is placing us at par, and with others, we think it puts us in a better position, particularly because of some other features in this release that we think will distinguish us,” O’Farrell said. “We will also be adding to this capability, and it will get more robust over time, and people will be able to do even more with it.”

Veritas expects use of the RESTful APIs to start out relatively small, and build over time.

“We are expecting a growing community of technical and alliance partners, independent programmers, and systems integrators to start writing to this API in order to put backup into a broader system of management control and policy enforcement,” O’Farrell said. “We expect a growing drumbeat of participation from a diverse group of partners. We have a large install base of some of the largest companies in the world, and they have management systems and policies in place where they will be happy to incorporate this.”

O’Farrell said that the new API capability will also make it easier for partners to sell NetBackup.

“Channel partners can now enable backup recovery to more easily fit into certain environments where they can invoke policy,” he indicated. “Because NetBackup produces a huge amount of secondary data, it will create an even easier selling motion because having an API to write to will enable their customers to do more with it.”

“The other main part of the announcement relates to the public sector, which is that NetBackup is now  FIPS [Federal Information Processing Standard] compliant,” O’Farrell said. “It will now be able to be  much more extensively available in parts of the [U.S.]federal government.” Being FIPS-compliant will also help in government markets in Canada and elsewhere, however.

Other enhancements in NetBackup 8.1.1 include integration with AWS’s Amazon Glacier archival storage cloud.

“We have already done a lot with our AWS support,” O’Farrell said “Having the direct connection with Glacier further strengthens our multi-cloud story.

“IPv6 is now supported, which has been a strong customer request,” O’Farrell added. “We’ve also added more emerging modern workload support through a plug-in. This means that a growing list of these analytics-driven workloads like Hadoop, PostgreSQL, SQLite or Nutanix for hyperconverged can be supported by NBU – and by a plug in model so you don’t have to wait for the next version.”

The latest version of NetBackup is available now.