From a channel perspective, this will give joint partners more flexibility in meeting customer budgets, and should result in some Unitrends partners not working with Nutanix to begin doing so. 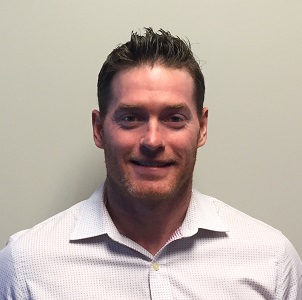 Backup and continuity vendor Unitrends has announced a significant extension of their relationship with Nutanix. Their Recovery Series backup appliances and Unitrends Backup virtual appliances have been integrated with the Nutanix Acropolis Hypervisor (AHV). It’s a significant announcement for customers with Nutanix deployments, since AHV is free, which will reduce their costs in secondary storage environments. It’s also significant for partners certified with both vendors, as it will lower low-margin product costs and provide more flexibility in meeting the customer’s budget requirements.

“Unitrends has been very dedicated to virtual environments for a very long time,” said Joe Noonan, Unitrends’ VP of Product Management. “This extends beyond VMware. We have also integrated deeply with Citrix XenServer, including pricing at the socket level to make it easier to use. AHV is another hypervisor that we will support for the same reason.”

While most customers with Nutanix in their environments still prefer to use VMware in their production environments, secondary storage is something else entirely, and these environments has been where AHV has mainly been deployed, because it removes the cost of VMware licensing.

“We have a number of joint customers who would like to get a better return on their investment who have been asking for this,” Noonan said. “To make this work, they need to have solid backup in place, which can give VMware-like capabilities when it comes to availability and uptime.”

Unitrends has been in the Nutanix Elevate technology partner program since last fall, but the while there has been a small technology component to the relationship which has seen engineers work together, most of the focus until now has been on go-to-market activities. 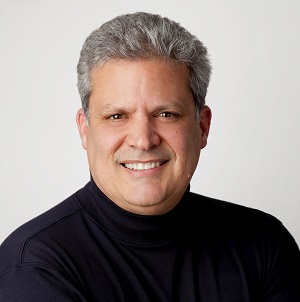 “This takes the relationship up a notch,” said Alex Alvarez, Unitrends SVP of Worldwide Channel Sales. “We do have joint partners who have been going to market together. However, the more integrated we are, the deeper the relationship, and the more interested Nutanix is as an organization with us. The integration will allow us to do more things together in terms of go-to-market as well as delivering a more comprehensive solution to the end user.”

From Unitrends’ perspective, the expectation here is not that Nutanix AHV will directly bring in oodles of new business.

“We realize that even as Nutanix starts to crank up adoption, even then it won’t be VMware-scale,” Noonan said. “We want to be simple to do business with, and this helps us do that.”

“It’s early days to project what the adoption rate would be from this,” Alvarez added. “We do think that it will create more opportunities in this sense: anybody who buys into AHV today is making a change in their environment. That’s when customers re-examine what they do and when they set a budget. That’s a good time for us to go in if they have been working with one of our competitors for a long time.”

At the same time, partnering with Nutanix is something that companies who are not direct competitors of VMware have to approach with some caution, in the same way that partners who have strong investments in VMware have needed to be circumspect in how they add Nutanix into their mix. Alvarez said not to expect any full-throated “Fight that VM tax” messaging around this from Unitrends.

“We will let the partner take the lead in how they do this,” he said. “We aren’t looking to force it. It gives the partners more flexibility. We don’t want to be in a position where we want to try and dictate where the market is going.”

Alvarez said that the money partners would lose proving a free AHV hypervisor for backup environments rather than on a VMware hypervisor is minor compared to other advantages they realize.

“Partners operate on a gross profit margin, not total revenue,” he said. “All the piece parts of the solution have little margin, compared to the money they make in installing and services. The AHV hypervisor will help them meet the customer budget while still maintaining gross profit margin themselves.”

While Nutanix has indicated in the last year that they are out of their broad recruitment stage, and are focusing on the partners they have who have proven records of performance, Alvarez said they do expect that some of their top partners who are not working with Nutanix now will do so because of this deal.

“Most channel companies focus on their best partners, and we do that too,” he said. “On the other hand, if we have a great new partner raise their hand, we won’t say no. Nutanix isn’t aggressively courting people, but they will engage when the right partner is ready to engage with them. We have a good number of mutual partners already, and that is where we will focus our efforts. But we do expect some of our partners who are not Nutanix partners today to come on board eventually because of this.”