Barracuda Backup joins their firewall solutions in being authorized and enabled for the AWS cloud, with the Azure cloud next on the priority list. 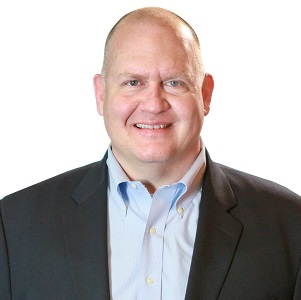 Barracuda Networks has announced that their Barracuda Backup solution can now replicate data from either an on-premises physical or virtual backup appliance to the AWS S3 cloud. It’s a customer choice issue, offering another replication source for customers who want AWS. While this is the first public cloud option for Barracuda Backup, it won’t be the last. Azure will also be added as a replication target at some point in the future.

“What we are doing here is giving customers another choice for replicating data in the cloud,” said Rod Mathews, senior vice president and general manager, data protection solutions at Barracuda. “In the past, the choice has been to replicate it to either the Barracuda cloud, or another Barracuda appliance in the customer’s environment.”

Barracuda has already been using AWS for its firewall solutions since October 2015.

“We have seen very strong uptake with that, especially with larger customers,” Mathews said.

The ability of customers, resellers or MSPs to back up Barracuda Backup to their own AWS S3 bucket is a likely primary use case for the new offering.

“There are customers who want to maintain ownership of the data,” Mathews indicated. “In the Barracuda cloud, they don’t have this complete control over the data. In the AWS cloud they have their own account, and they are able to have that control. With newer privacy regulations like the EU’s GDPR, that’s an important consideration. It has made more customers want to address these regulations by getting more control over the data.”

Mathews stresses that customers using the AWS option will not have to be knowledgeable about AWS infrastructure in order to maintain their data there.

“The technology is very similar to what we use in the Barracuda cloud,” he said. “It requires no real knowledge of AWS to set it up.”

Barracuda Backup managed in the AWS cloud will also be managed through the same Cloud Control administration console that customers are familiar with.

“It will maintain the simple appliance model for which Barracuda Backup is known,” Matthews added.

As to whether AWS S3 would be less expensive than Barracuda’s own cloud, Matthews said that it depends on the use case.

“A more significant factor is likely to be whether a customer has a purchasing relationship with AWS,” he noted. “They may be able to get a good price, or simply have a preference for all their data to be replicated there.”

While this is the first public cloud relationship for Barracuda Backup, Mathews gave assurances that it will not be the last.

“We are absolutely going to do something with Azure,” he said. That’s the next one up. At this stage, I can’t give a date or a time, but it is coming. We have a strong relationship with Microsoft. We were the Azure ISV Partner of the Year last year, which was a very important award for us as a company.”

While the new AWS relationship could be very important for some customers, Mathews acknowledged that it’s not likely to be a big deal for many partners.

“For partners, it’s largely six of one, or a half dozen of the other,” he said. “It comes own to ‘what does the customer want to do.’ For some partners who are heavily leveraging AWS, this would be a way that they can build on top of that.”

Barracuda Backup replication to AWS is available now in North America. Worldwide deployment is expected to be rolled out the coming months.