D&H is opening a new distribution centre in western Canada in a few weeks, and is also adding staff based in the region, and establishing a western Canada event. 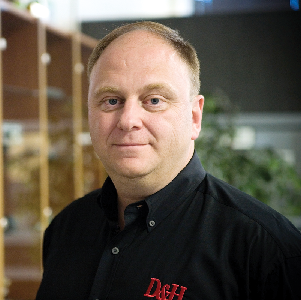 SMB-focused distributor D&H Canada has announced its new investments for its 2018 Fiscal Year, which began in May 2017.  The tone this year has a decidedly western flavour, as D&H moves to strengthen its presence in that part of Canada where it has been comparatively weak.

“We’ve been growing exponentially in central and eastern Canada, and have just come off a year of 25 per cent growth, so we certainly have been getting enough growth as a whole,” said Greg Tobin, general manager at D&H Canada. “Now, however, we believe we are going to develop a lot more SMB and VAR business out in western Canada.”

Tobin said that several factors are behind the timing of D&H’s western initiative.

“When the Alberta economy started to tighten, it wasn’t the right time for us to invest there,” he said. “We think they will be looking at positive growth in the coming year out there, and we want to be there for them.”

Tobin also noted that many of their vendors wanted to see D&H have more of a western presence as well.

“A lot of our vendors are pushing us to take care of our western customers the same way that we do in eastern and central Canada,” he said.

The increased western focus has three components: the imminent opening of a new western distribution centre; the addition of new western Canada-based staff, and the establishment of a western Canadian trade event, along the lines of shows the company runs annually now in Toronto and Montreal.

“We will be opening the new distribution centre very shortly,” Tobin said. “We will be announcing the location in 2-3 weeks and plan to be able to start selling in June from that location. There are a lot of moving parts when you put up a facility. It is brand new, and we are the first tenant in the location, and are currently doing testing on it.”

The staff additions in western Canada will supplement the investments in the distribution centre and the trade show. They are also part of a general staffing increase in the new fiscal year, which will also see D&H Canada add more pre-sales support specialists.

A year ago D&H announced $80 million in replenishable monthly credit extensions designed to increase resellers’ buying power. That is now being extended by a further $80 million.

“Continuing on this credit campaign will now make $160 million available, both to assist new resellers and to allow more established ones to further develop their businesses,” Tobin said. “It equates to a lot more purchasing power for them.”

D&H Canada expects to grow its solution base this fiscal year by about 10 per cent – almost 500 new solution provider customers. They also are making some significant additions to their line card.

“We’ve got some new products coming on board – such as new server class products, and remote management through Cisco Meraki,” Tobin said. “Those are all pretty exciting opportunities, that will significantly strengthen our line card.”

Tobin said that D&H will also be extending its “E3” service model – Engage, Educate, and Enable – among its reseller partners.

“This is all about engaging the customers with our events, and taking training right to their location, either physically or through webinars or video linkages,” Tobin said. “It’s also about enabling them with our credit offerings.”

Tobin said it all should add up to a great year for D&H in Canada.

“This will be our biggest year of investment ever in the Canadian economy,” he said. “Our competitors are taking costs out of their model, but we believe ultimately the best level of service wins.

“We think that in Canada, we are in pretty good shape economics-wise, and are positioned for some good growth. Canada is all about SMBs, and all about the small reseller. Our competitors do a good job of serving the large resellers, but serving the small ones is the model that works best for us.”