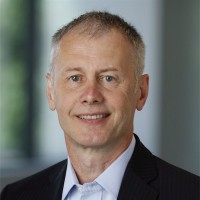 McAfee is once again McAfee, having gained its independence from Intel and shed its Intel Security moniker, and for the time being, partners should expect business as usual, the company’s channel chief says. But in the medium to long term, the company will look to invest in partner infrastructure and marketing efforts.

Richard Steranka, vice president of global channel operations at McAfee, said the company’s primary goal will be to not disrupt what it’s been doing in the channel, and that the changes to the company partner programs announced at the beginning of the year, including the addition of a requirement for solutions experts at the Platinum partner level, will be the last changes to the programs, at least for now.

“By the end of this year, we’ll have made all the big changes we’re going to make,” Steranka said. “We’ll have moved forward on the move to a pay for performance culture.”

While the programs will remain largely the same, Steranka said partners should expect to see a new marketing approach from the company.

“We’re really focused on launching our brand. The name is still well known, but we haven’t done a lot of outbound marketing as part of Intel,” he said. “The Intel brand had to remain priority, and we got lost in the immensity of that.”

The marketing motions of Intel in the channel were also very different from those that would most benefit McAfee. Intel has long focused on treating marketing to the channel as an influencer, encouraging partners to sell third-party branded hardware that has, as the jingle goes, Intel Inside.

But on the security side, the newly independent McAfee needs to ramp up its marketing to and through solution providers. That’s particularly true at the top of the partner pyramid. Steranka said with strengthened requirements, a Platinum designation means more than ever, and he wants to see partners highlighted more in its marketing efforts.

Aside from marketing, Steranka suggested there will be significant changes to the company’s partner portal, partner-facing systems, and other infrastructure. As part of Intel, Steranka said, McAfee couldn’t “go out and stand up a duplicate infrastructure” from what Intel was offering, despite having a very different go-to-market approach from the traditional hardware side of Intel. Now, that limitation is off, and Steranka signaled that McAfee was looking to offer “purpose-built infrastructure in terms of how we deal with partners.”

The primary goals of that new infrastructure, he said, will be to reduce friction and to make it easier to do business for partners. The specifics of the changes are “still evolving,” he said. The company has decided on a core engine for such infrastructure in SAP, but it’s still as working on a needs assessment when it comes to customization.

When might partners hear more? In October through early November, the company runs its annual MPower (formerly Focus) conferences, starting with mid-October in Las Vegas. It’s not entirely surprising that Steranka suggested that mid-October would be perfect timing to expect more details.

For the time they McAfee was under the Intel umbrella, the focus was on a “better together” Security Connected message, the grand vision being that over time, McAfee software would become more closely integrated and connected with features built into Intel hardware. Steranka said leadership on both sides still sees a “good fit with what Intel is trying to do,” and that Intel obviously remains a major consideration in McAfee’s business with its 49 per cent stake in the security software company, but that ultimately, the security software business and the hardware business had “very different operations and a very different cadence.”

“Now, we can be singularly focused on being the world’s biggest security company,” Steranka said.