The offering with Citrix provides the same capabilities of the latest version of a VMRail VMware solution announced at last year’s Dell EMC World, and gives Dell partners an offering for their Citrix focused customers. 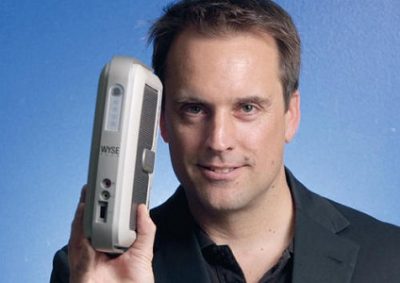 “Even before the acquisition of EMC, we collaborated with Dell server and storage groups on VDI, to make VDI easier than it has ever been before, with hyper-converged appliances with preloaded software,” said Jeff McNaught, VP and chief strategy officer at Dell Cloud Client-Computing. “This latest VxRail appliance is simply an extension of that strategy. The channel can mix and match and put solution like together like Lego bricks to create a finely tuned solution for their customers, and we provide all the irons to make it.”

This is the second such VxRail appliance solution, following the one introduced earlier for VMware environments.

“This gives partners a Citrix as well as a VMware implementation,” McNaught said. “It lets channel members be laser focused on what customers care about, with a solution specifically designed for their environment. These are perfectly optimized for the channel, as we know they will deliver low cost and high performance that customers are asking for. Instead of taking a basic building block and having it then customized for the customer, it has been fully pretested. It also has 100,000 hours or more of Dell and Citrix engineering behind it.”

The 4.0 series of VxRail Appliances have up to 250 times more configurations than the previous 3.5 release, as well as twice the storage and up to 40 percent more CPU performance. IT administrators can scale the VxRail Appliance solution from three to 64 nodes in as little as five minutes per node, while setup can take place in as little as a couple of hours.

“This is targeted at the high end of SMB and at the midmarket,” McNaught said. “We have a different series of solutions for enterprises.”

The 4.0 series also has the ability to provide enhanced virtualized graphics for demanding use cases.

“We have a workstation, the Precision Appliance for Wyse, that is used for high end AutoCAD,” McNaught said. “Its functionality has now been implemented into this product. This lets you use the NVIDIA M60 GPU – their latest and fastest card – in a dedicated mode for specific users from anywhere, or more broadly in a Graphics for All mode.”

McNaught also pointed out a major Citrix-related advancement in another new offering, their ThinOS 8.3.1 software.

“For Citrix partners, in 2010 we introduced Xenith devices, which were very successful,” he stated. “In ThinOS 8.3.1, instead of a labelled Zenith device, it automatically discovers Xenith mode with all its benefits including very fast startup. It’s a really exciting opportunity as a replacement device for Xeniths as they approach end of life. They get all the functionality on any of our devices.”