Three distribution partners have been announced, two of whom are based in Quebec, although they have resellers across Canada and in the U.S. as well. All are focused security specialists, rather than broadline distributors. 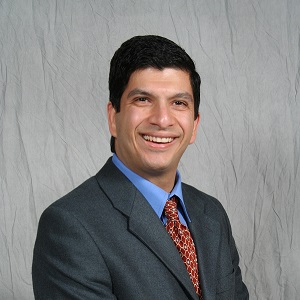 CHICAGO — Quick Heal Technologies, an Indian-based security software firm which moved into the North American market in late April, announced a channel program in May, and followed that up in June with its Quick Rewards program to reward partners for referring successful new partners to Quick Heal, has made public another component of its go-to-market strategy here. The company has formally announced its first three North American distribution partners at the CompTIA ChannelCon event, where it is attending.

Quick Heal’s distributors have a couple of strong distinguishing features. First, there are no Ingram Micros or Tech Datas among them. They are all boutique distributors with a very strong security focus. Secondly, they are all companies which Farokh Karani, Quick Heal’s Director, North America, Sales and Channels, has successfully worked with in the past in his previous roles at director-level positions at Kaspersky Lab USA, Cyberoam and BullGuard.

Two of the three announced distributors are based in Canada – specifically in Quebec. TechWise Networks is based in Montreal and EIGRS is based in Valleyfield, a town southwest of Montreal on an island in the St. Lawrence River. The third distributor is American, Rain Networks, which is in the Seattle area.

“Both TechWise and EIGRS have a majority of their business in Canada, but they have many resellers in the U.S. as well,” Karani said. “I have worked with them in fast. In fact, EIGRS was the first distributor I worked with, with Kaspersky years ago. They do BitDefender too, and both of these vendors are very good companies, but they don’t have the same breadth of product line that we do. Neither have standalone MDM or gateway solutions. So we definitely fill a gap in these distributors’ portfolios.”

“Both the Quebec ones provide support in English and French,” Karani said, “Being based in Quebec doesn’t mean that their reseller base is there, as they all have several hundred resellers. They are very focused and very good at what they do.”

They also provide both Level 1 and Level 2 support for their resellers, which Karani said is a valuable asset.

“Having this in-house support is valuable to resellers and means that you are more than just a SKU to them,” he said.

While Quick Heal is like many security software companies in focusing on the sub-500 seat SMB market, they do have the capacity to scale higher than that and have solutions for the 5,000 seat level. They also appeal to partners by offering high margins for the sector. Karani said Quick Heal is able to do this because they developed an exceptionally low-cost business model in the Asian market, which is hypercompetitive and where most customers don’t have much money.

Karani’s channel strategy is to develop a fairly small initial partner base, of companies who are willing and able to be their evangelists, and who can also help recruit other partners through the Quick Rewards program – and be paid up to six per cent of a referred partner’s first-year sales and four per cent of their second years sales of SEQRITE, Quick Heal’s flagship product.

“Our strategy for 2015 has been about getting these people on board,” he said. “In 2016 and 2017, we plan to expand the partner base significantly through distribution.”

That will involve some more distributor partners in the U.S. market, but Karani said they will be like the ones they have now, focused boutique security specialists.

“We are in discussions with one or two niche focused distributors to handle more business in the US market, and we will be expanding our channel, especially in the U.S., in the coming months,” he said.