EMC Canada's Michael Sharun also stressed that channel partners (and sales people generally) need to do a better job of adding backup and recovery to their storage sales. 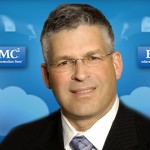 A new global study sponsored by EMC on data loss and downtime finds that Canada lags slightly behind the global average in awareness and implementation of protection, particularly in emerging workloads like big data, hybrid cloud and mobile. The lag isn’t severe however, and given that Canada traditionally lags somewhat in adoption, and that a significant number of Canadian companies have such solutions in evaluation, it’s entirely positive to view the overall numbers positively. The one exception is retail, where a shockingly low percentage of Canadian companies surveyed think that protecting their data is of critical importance, or that they could recover all their data, if necessary. These aren’t the views of ‘mom and pop’ retailers either, as the study’s low end was companies with 250 people.

The first-time study, the EMC Global Data Protection Index, conducted by Vanson Bourne, found that data loss and downtime cost enterprises $1.7 trillion globally in the last twelve months. Globally, companies on average lost 400 per cent more data over the last two years. In Canada, data loss and downtime costs enterprises $16.8 billion. Only 1 per cent of Canadian organizations are classified as data protection “Leaders”, while 9 per cent are “Adopters”, and the rest – 90 per cent – are behind the curve. In addition, 57 per cent of Canadian IT professionals are not fully confident in their ability to recover information following an incident, and 36 per cent of organizations lack a disaster recovery plan for emerging workloads. 55 per cent of businesses lack a disaster recovery plan for any of the big data, hybrid cloud and mobile environments and just 1 per cent have a plan for all three. In fact, 54 per cent rated big data, mobile and hybrid cloud as ‘difficult’ to protect.

“These numbers indicate that we are behind, but I don’t think we are behind by a whole pile,” said Michael Sharun, President of EMC Canada. “There is typically a six to 12 month lag in Canada both in terms of adoption of a lot of technologies, and in terms of awareness.”

Sharun also indicated that there are several positive signs in the Canadian data as well.

“50.4% of organizations are in the evaluation stage,” he said. “They know they need to do a better job of data protection, but don’t know what the strategy is they want to roll out. I think a year from now, Canada will most likely be up with everyone else.”

Sharun acknowledged that some distinct features of the Canadian economy result in an overall lesser importance attached to data protection.

“Our industry mix in Canada is a little different, reflecting that we are a heavily resource dependent economy,” he said. “Those industries still need to protect their data, but you can still mine for gold or drill for oil even if your IT is down for a few hours. As an economy, we aren’t as transaction dependent as others.”

“Our adoption of mobile technology is still slow in Canada,” he said. “As we get more online commerce, more people paying with smart phones, I think you will see awareness increase.”

Given all these things, Sharun said the Canadian data as a whole is pretty good.

“The numbers aren’t terrible,” he said. “It reflects the cautious attitude Canadians have. We analyze things longer than most countries – that’s just our nature. We want to have a plan to cover these things without doing them piecemeal, and studies like this help raise awareness. And if you look at how much we are spending on it, it’s in line with other countries.”

The one vertical where the data isn’t good, and which Sharun said was the biggest surprise to him in the whole study, was the poor numbers in retail.

“The average number of Canadian organizations who consider data protection to be critical is 65 per cent, which is in line with everywhere else, but in retail, only 36 per cent said it was critical in retail. Since much of retail sells online, you would think their average would be the same as finance, which is 71%.”

The study also found 66 per cent of Canadian organizations are not fully confident they can recover all their data, meaning that only 34 per cent are. In retail, that number was only 14 per cent.

“If only 36% of retailers think data protection is critically important, it’s not surprising you get numbers like 14% in retail thinking they are confident they can recover their data,” Sharun said.

“You need a consistent methodology around how you protect your information, and you need to cover all parts of your information, not just one part,” Sharun said. “Concentrating with one vendor also dramatically reduces your chance of a data loss.”

Sharun added that the channel is in a perfect position to take advantage of these opportunities in Canada – but that many storage VARs aren’t yet doing it.

“The channel community can do themselves a great service by asking customers how they are protecting their information once they store it, because more often than not, their customers don’t know,” he said. “Channel partners are the best equipped to provide both sides of this, and resolve these issues for customers.

“I don’t think enough of storage partners do this, add backup to their sales,” Sharun said. “This is an issue for sales generally, and isn’t unique to partners. Where they get an opportunity for a storage sale, when a customer says they need another 300 TB, they just give them a quote for another 300 TB. They need to ask questions about what it’s used for, how long you want to keep it, and recovery point objectives. Sales people just want to send a quote out and get the deal closed because that’s the speed we work at when people are ready to buy. We don’t ask questions, and risk people getting skittish if the deal size doubles, which it can with data protection. They want what they can get, rather than something bigger.”