In addition to Carbon2, their second generation of Memory Channel Storage, they have announced NanoCommit, a software layer which combines with the Carbon2 hardware on a path to full memory convergence. 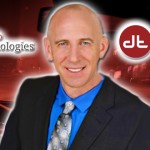 Today, Ottawa-based Diablo Technologies is making a series of important announcements. They have announced Carbon2, their second generation of Memory Channel Storage (MCS). They have also announced NanoCommit, a software layer which combines with the Carbon2 hardware on a path to full memory convergence. Diablo is also announcing a second major OEM for their MCS technology, Supermicro, and indicated that further OEM and product partners will be forthcoming.

Diablo has been in business making memory subsystems since 2003, but last year they fundamentally reoriented the company following a request by long-time OEM partner IBM to design a new system architecture which would reduce latency and scale performance. The result, unveiled last year, was MCS, which the company is now branding Carbon1. Carbon1 took a standard form factor DIMM module, with the same dimensions and electricals, and plugged it directly into a memory DIMM slot. The flash memory communicates with the processors, all of them running completely 100% in parallel. That direct connection with the processors meant latency was very low, and the parallelism built into the memory controllers allowed them to work independently of each other and scale significantly.

“We have had a really good response to this,” said Kevin Wagner, VP Marketing at Diablo. “Since then we have won a number of awards, and seem to be gaining a lot of traction.” The company has tripled in size – from 30 to 90 employees – and is still hiring. They have opened an office in Silicon Valley, although most of the engineering is still in Ottawa. They also are announcing that the US Patent and Trademark Office has just issued an important patent to Diablo for MCS, for interfacing co-processors and I/O for DDR3 memory systems, connecting non-volatile memory directly to CPU memory controllers, and remapping non-linear DIMM address space into driver address space.

“This is a critical patent for us, which is why we are talking about it publicly,” Wagner said.

IBM, Diablo’s first big OEM, first suggested that Diablo work on the new flash memory, and has been critical to its success.

“The IBM partnership has been really great for us, and we owe them for the traction we have gained over the last year,” Wagner said. “They first put us in their dual socket X3650 M4 server, which is being used in a large number of our proof-of-concepts. In January they announced we were in new servers – the x3850 X6 and the x3950 X6 – and we have some enterprise customers in proof-of-concept also working on those. In fact, the first one we won was on an x3850.”

Wagner said the traction with other OEMS will accelerate going forward.

“The first OEM is hardest to get,” he said. “The second is easier.” To this end, they are publicly announcing that second OEM, SuperMicro, today.

“We started with them 4-5 months ago, with four servers initially, and we are now up to seven,” Wagner said. “They plan to go far and wide with memory storage across their server lineup. In conjunction with Boston Group, a key VAR of SuperMicro, this gives us a really good chain through their VARs to the enterprise customers.”

Two other OEMS will also be announced in the near future, Wagner said.

“IBM and SuperMicro will be on the second generation very quickly, and having three or four major OEMs behind the architecture very early on really allows us to drive the architecture much further and broader than over the past year, when we had one OEM and one product partner, SanDisk,” he added.

“The biggest improvement is the DDR4 memory interface, which will allow us to fill onto those DDR as they ramp in 2015,” Wagner said. “We will immediately tap into that market as it builds and grows.”

The MCS Processing Engine has also been enhanced with this version, with firmware changes for increased functionality.

“We focused on reducing RAID latency in Gen1 [to 3.3 microseconds], and the processing engine improvements around latency will reduce even further,” Wagner said.

Another major enhancement, which is not really a part of Gen 2 but rather running parallel with it, is Diablo’s NanoCommit Technology API. It allows DRAM persistence on a nanosecond timescale to terabytes of flash memory. DRAM has traditionally been remote from persistent flash memory, and DRAM closely coupled with CPU Flash accessed through an I/O subsystem creates segregated architectures and a significant gap between dynamic memory and persistent storage.

“It’s a sub-optimal configuration,” said Jerome McFarland, Principal Product Marketer at Diablo. “MCS started the path towards memory convergence from a hardware perspective with the First Gen. The hardware platform treats flash more like DRAM and takes convergence to the next step, by closing the gap between way dynamic and persistent memory are managed.” The NanoCommit software performs small writes to flash with high transaction rates at tens of millions to hundreds of millions a second, and enables the mirroring of DRAM to persistent storage.

“This is the blending of both worlds, taking the best of what DRAM and SSDs can offer and combining them with hardware and software,” McFarland said.”

McFarland acknowledged that Nanocommit will take time to get legs because it will require changes to the applications, but developers will have access to it, and it will allow them to get rid of some of the complexity.

Two kits will be available for developers. Phase 1 is the MDK2 Development Kit, with an FPGA based design for early prototyping UEFI, firmware, and driver development. Phase 2 is the Carbon2 Reference Design Kit (RDK), the full ASIC-based reference design with OEM prequalifications and ISV testing and optimizations.

“The MDK2 kit will really get the software stack going, while the RDK, based on full ASIC, will be provided to anyone building a product based on this,” McFarland said. “The RDK allows us to do OEM prequalifications early, and lets ISVs do early testing and optimization.”

McFarland also stressed that while obvious use cases of Carbon2 technology are in large enterprises, particularly the banks and big etailers, this is not just for the high end of the market.

“Mongo is something that could really make use of this,” Wagner added. “Any of the open source, in-memory DBs where the more you can fit in memory the better, this could be heavily used.”