Cobalt Iron has already had a strong partnership with IBM because of an integration between their backup solutions, and the Arrow relationship will extend this, including bringing IBM’s Spectum Protect into the ArrowSphere cloud. 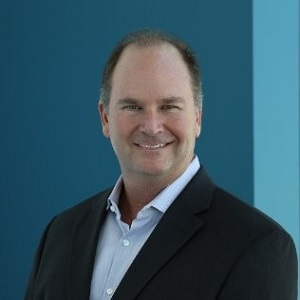 SaaS-based data protection startup Cobalt Iron has inked their first distribution deal covering North America. The deal will see the company’s Compass backup platform made available to Arrow Electronics’ partner ecosystem in both the United States and Canada. The relationship will be particularly important for channel partners who resell IBM Spectrum Protect Backup, and the Cobalt Iron relationship at Arrow will be managed by Arrow’s IBM team.

Cobalt Iron differentiates itself in a crowded enterprise backup market with their SaaS model, which is common downmarket but much less so in the enterprise. Their ability to support a full hybrid cloud strategy is facilitated by support for all five  of the top five hyperscale clouds –  AWS, Azure, Google Cloud, AliBaba and IBM – as well as the high extent of intelligence and automation that eliminates a need for most manual intervention.

“We have a unique solution, supporting the five major clouds with a solution that is real SaaS, not just a pricing model,” said Rodney Foreman, Cobalt Iron’s Chief Revenue Officer.

That support for the IBM Cloud is significant, because Cobalt Iron has found a strong play with IBM channel partners around Spectrum Protect, and sees strong synergies with Arrow in further developing their partnership with IBM.

“Working with Arrow really made sense for us because we are seeing a lot of opportunity with IBM partners specifically,” Foreman said. “The advantages we provide to IBM in the market were a key factor in this deal.”

“We integrate very well with IBM Spectrum Protect,” Foreman said. “We have already signed a number of top IBM partners who sell Spectrum Protect, but who want a more competitive solution. The combination of Compass and Spectrum Protect will position the combined solution in the top right corner of the Gartner Magic Quadrant. We have the scalability that’s needed to work with these IBM partners.”

Foreman said that this type of inter-vendor collaboration is a trend that will inevitably grow in distributor cloud marketplaces like ArrowSphere.

“That’s where VADs need to be going – helping multiple vendors in combination deliver an industry-focused solution to the market,” he stated.

Because of the tight connection between IBM and Cobalt Iron, Arrow’s IBM team will manage the Cobalt Iron relationship.

“We agreed to be aligned with and covered by the IBM team at Arrow, rather than to be on a line card with hundreds of other vendors,” Foreman indicated. “We are supported by the Arrow IBM team because of that tight IBM-Spectrum relationship.”

While Foreman is likely best known in the channel community for his time as Nutanix’s global channel chief, he spent the large majority of his career at IBM, and the Arrow relationship dates from there.

“When I ran the middleware and cloud business at IBM globally, Arrow was one of my top distributors,” he said. “I have a very good relationship with Dan Shea [VP and General Manager, Enterprise Software Group] and Jesper Trolle [President ECS Americas] over there. We have a really strong partnership with IBM and Arrow will help us be more successful.”

This is Cobalt Iron’s first distribution deal in North America, but not their first overall. They work with Tech Data in Europe.