The plan at Ferroque is to create a fully managed service that will cover digital workspaces and all the apps on top, and sell it to customers on a flat-priced Salesforce model. That’s something Hsu said is widely promised, but not being delivered today. 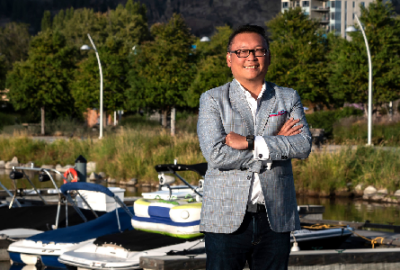 Citrix-focused Mississauga solution provider Ferroque Systems has added Todd Hsu as their President. He will head up Ferroque’s sales and marketing efforts. The top priority is building out a fully managed service that will cover digital workspaces and all the apps on top, and sell it to customers on a flat-priced Salesforce model.

Hsu returns to the channel, where he started out on his Citrix-centred journey. In 1997, he founded THConsultants, a Montreal consultancy which did most of its business around Citrix, back in the pre-virtualization days when Citrix’s focus was around server computing. Citrix acquired THConsultants in 2012, and Hsu became Director of Consulting Services Canada for Citrix. He stayed there, reaching the post of Director of Americas Education and Field Services Canada, until March 2017, when he decided to leave the company.

“I was able to leave Citrix with a golden parachute, so I decided to cash out and spend some time with the family,” Hsu said. A year ago, he moved from Montreal to Toronto, and began having discussions with Mike Shuster, Ferroque Systems’ CEO, about the possibility of joining the company.

“Mike is a lot like me but ten years younger, and is a very good technical Citrix consultant and enabler,” Hsu said. “I brought him into Citrix as a subcontractor when I ran consulting there, and he prevented me from losing business to other vendors. Ferroque has developed quite a bit of a brand in the Citrix consulting community, and has fingerprints in the top five Citrix accounts globally when it comes to the design, and rollout of strategic accounts. So I felt that we could do something really special together.”

Shuster and Ferroque have separated the roles and responsibility in the company when it comes to authority. Shuster will be in charge of delivery and Hsu will head up sales and marketing.

“Collectively, we have worked out the practices we will offer to our customers,” Hsu said. “We are building out a fully managed cloud-based workspace today for them.”

Hsu said that while others claim to do that, they don’t do the whole job.

“Citrix and VMware say they have hosted desktop services, but they don’t manage the application that runs on top,” he stated. “We want to be able to bridge that gap, so the customer can be worry free. We are building out a cloud managed services practice, and not just saying it, but putting the right brainpower behind it. We are assembling the brains behind Citrix managed services, including Patrick Robertson out of Florida. We built the managed services practice for Citrix that they are selling today.”

The goal is to leverage the advantages of the cloud consumption model for cloud-based workspaces.

“My vision is to turn it into the Salesforce model, of a flat cost per month,” Hsu stated. “We want to be able to cover desktops and apps and digital workspaces at a fixed price and scale up and down based on the number of users. Everyone says that is what they do, but the reality is that it still doesn’t exist in the market. You have vendor reps who want payment for 1, 2, 3 years up front  – for cloud based licensing. We will manage this complexity in an easy to consume way.”

All of this is not far away, Hsu stressed.

“We are building out a system that’s managing that right now,” he said. “It will  tap into customers’ ticketing systems and automate a lot of processes. We are moving into a new facility in May with a full managed service monitoring centre. This will be available in the second half of this year for sure.”

Hsu anticipates strong demand for this from customers.

“I thought ten years ago that the desktop and app business was saturated, but more than ever, it is needed,” he said. “It’s more exciting than ever.”