In addition to the new Threat Prevention App to provide complementary protection against encrypted threats, the new firewall adds new flexibility for admins to customize their NG Firewall email alerts. 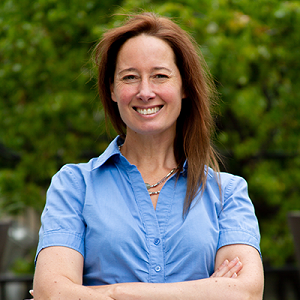 Untangle is an SMB vendor, but their real focus is on the small business space.

“Twenty-five devices is our sweet spot, but we are across the board in the SMB,” said Heather Paunet, Untangle’s vice president of product management. “We have customers like dental offices with Internet access and security, which are as small as five people, but we also do well in education environments.”

NG Firewall is a mature product, although the present version has evolved massively from the original incarnation.

“Next generation firewalls have been around for a long time, and the first version of this product came out in 2003,” Paunet said. “But things are a lot different now compared to how they were. Back in the day, you would have to go to a customer site to manage it. But three years ago, we made it all cloud accessible, so that now everything can be managed from a browser from anywhere. The types of people that are installing security appliances has also changed. Millennials in particular want work-life balance, so making things really, really easy, and high reliability and low maintenance are important.

Several of the enhancements in this new version are designed to make things easier to manage. However, the most significant new addition in NG Firewall 15.0 is a new Threat Prevention App.

“This is an entirely new component of the product, which has some distinct new advantages,” Paunet stated. “You could look at all the traffic on the Internet a few years ago, and block the bad stuff. Now, Google is all encrypted, and 75-80% of all Web traffic is encrypted. This threat prevention app is designed for this. The Threat Prevention App can detect and block this malicious traffic, based on its assessed threat level, and needs minimal information to decide if something is suspicious or high-risk.”

Paunet stressed that the new App adds an additional complementary layer of defense.

“There are so many attack surfaces in a small business today,” she said. “It’s no longer enough for a security vendor to have just a Web filter. It provides one more layer of defense.”

A child-specific third-party filter, Kidzsearch, has also been added in this version

“We do quite well in the education market,” Paunet noted. “This service is a Web portal designed to provide a young audience in schools and libraries with more protection than Youtube or Google SafeSearch.”

One of the management enhancements in NG Firewall 15.0 is the ability to add new flexibility for admins to customize their NG Firewall email alerts.

“Admins have many alerts coming in,” Paunet said. “We have cleaned up our email alerts so that instead of a barrage of alerts, you can more easily filter or flag them.”

This version of the Untangle firewall also adds the capability for the customer to provide an illustration of their Internet access policies when a website is blocked.

“In previous versions, when we blocked a Web page, it would show an Untangle page which indicated that it was being blocked,” Paunet noted. “What we have done now is send them to a company-specific block page that would show the specific policy that triggered the block, such as attempting to access Facebook during work hours.”