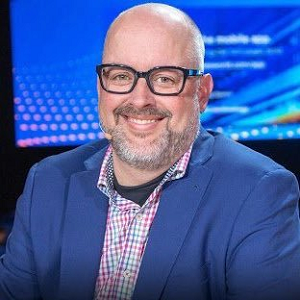 “While we have been in a long period of centralization, 75% of enterprise data will be created outside the data centre by 2022,” said Matt Baker, Senior Vice President Strategy and Planning at Dell Technologies. “This involves a significant amount of mobile and wireless traffic.  45% of mobile data traffic will be 5G by 2025, and wireless IOT connections will exceed 24 billion by 2025.”

Baker emphasized that Dell sees the edge not as defined not by a specific place but as a complication to the existing deployment of IT.

“It involves increasingly constrained environments, in which data is increasingly real time and needs to be processed closer to the point of creation in order to deliver real time experiences,” he stated. 5G is one of these new areas, which is why Dell is introducing new 5G edge services in the telco environment.

Accordingly, Baker said that Dell is announcing a number of new edge solutions.

“They are solutions designed and engineered for the edge, compute network and storage needs,” he stated. “A big part of edge environments in real time digital experience means delivering real time analytics. And security and control are increasingly important to the edge because there are more solutions there. They are a manageability problem – managing their security and health where there aren’t many IT professionals.”

The new edge solutions begin with the Dell EMC PowerEdge XE2420 server, which is designed for constrained space locations common at the edge.

“The PowerEdge XE2420 is a dense compute solution designed for harsh environments and ones which are dimensionally constrained, including colo environments that need ‘short depth’ servers,” Baker said. It is a low-latency, two-socket system which can add up to four accelerators and 92TB of storage per server if larger applications or heavier analytics are required. Ruggedized features include a Network Equipment-Building System certification with extended operating temperature tolerance and an optional filtered bezel for dusty locations.

“Sometimes servers are deployed where no facility exists, and the Data Center Micro 415 is for this,” Baker said. “It is the size of a fridge, and lets you build a controlled environment in harsh environments like deserts and arctic oilfields.

An updated hardware announcement is the PowerEdge XR2.

“It has been more ruggedized and allows us to put increasing number and density of GPUs into the world around us,” Baker noted.

“For analytics from the edge, we have two new offerings, which are designed to work co-operatively with one another,” Baker said. “The Dell EMC Streaming Data Platform is popular in environments like manufacturing flow, where it is used to intake unstructured video data to use analytics to discover anomalies inside manufacturing processes.”

Baker said that this kind of work used to be hand-built on open source solutions.

“We do leverage open source like Flink and Kafka, but this allows deploying a streaming analytics solution easily without having to assemble all the parts,” he indicated. “It complements the storage portfolio well, especially Isilon and unstructured data.”

The second analytics offering is the Dell EMC HPC Ready Architecture for AI and Data Analytics, an architecture for many AI and analytics frameworks that makes it easier to deploy and leverage new techs like Cassandra and Kubeflow.

“This is a very large rack of systems, so you might ask why this would be in an edge presentation,” Baker said. “It handles the training against a large set of data that is required. But this will logically be deployed alongside Streaming Data Platforms deployed out to the edge.”

“It adds new streaming analytics capabilities as well as remote security for the edge,” Baker said. This includes centralized key management with Thales and Vormetric, and real-time BIOS scanning for malicious firmware. Edge management is enhanced with more zero-touch configuration and simple two-factor authentication. The ability to have comprehensive control with full access management from core to edge has been implemented by adding new monitoring metrics for GPU, Serial Data log and Optical Network, so one can look at all aspects of the edge platform.

The Dell EMC PowerEdge XE2420 will begin initial availability in the United States, Canada and parts of Europe starting March 31, 2020, and then roll out globally during April.