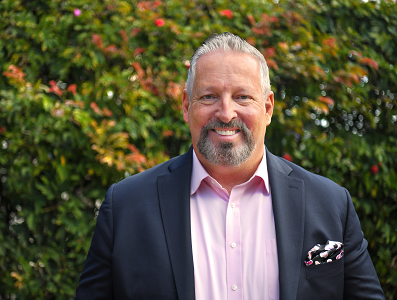 Last summer, Irvine CA-based secure identity provider SecureAuth made a commitment to move to a 100% channel model, and to do so in a way that was more than just rhetorical. Six months later, the company says that it has made significant strides. While the amount of business that moves through partners is up slightly, the company has made what it considers meaningful transitions in the way it manages its business and trains its partners, that it expects will bear significant fruit.

Dave Woodward, SecureAuth’s Senior Vice President of Worldwide Sales and Channels,has a background with significant stints in senior sales roles  at channel companies Kudelski Security and Insight, as well as with channel vendors like Cisco and Avaya. He indicated that while a majority of Secure Auth’s sales went through partners before he joined the company last July, there really was no systematic strategy.

“We were about 70% historically, but there was no real strategy to that,” he said. “We would be up one year and down another, because all of the channel business was channel initiated. If the channel did 70% of the deals in a year, it was because they discovered 70% of the opportunities. If the inside sales team found a deal, it would be direct.”

Woodward said that moving to a 100% model will provide more motivated partners and thus higher sales.

“There is a loyalty aspect to it,” Woodward said. “If you live 100% channel you will drive more loyalty and get more growth. But it has to be real. When I worked for resellers, we often heard of companies that were supposed to be 100% channel, but there was nothing behind it.”

The changes began by having the internal sales force work to funnel deals through partners rather than taking them direct.

“You can’t drive loyalty without walking the walk,” Woodward said. “We have not done a direct deal since I’ve been here. Not one new logo.”

A major goal of the 100% strategy is to increase partners’ services practices around SecureAuth.

“Services are most important aspect to the resellers, services that they can sell around your solution,” Woodward said. “100% channel lets them see opportunities on services, which are higher margin. That’s the primary tenet of my platform. You have to enable partners to sell professional services and you have to have a 100% channel model for that to be successful.”

While the structure of SecureAuth’s partner program remains the same as before, with a small tier of Elite partners atop a broader one of Authorized, Woodward said that the operation has undergone a major overhaul.

“We had a total of five Elite partners, but the criteria were pretty loose and were not enforced,” he said. “The partner was to sell X number a year of net new business, or have a specified renewal rate. But we didn’t hold anyone to this criteria so the tier had a badge, but no management of it.”

Putting teeth into the requirements was essential.

“We haven’t increased requirements, but we now enforce them,” Woodward said. “We want partners to go with us hand in hand to build business.

SecureAuth now has four elite partners, of which the most important is Optiv. Kudelski Security, Guidepoint, and Fishtech are the others.

“By far our biggest partner is Optiv, who has 300 salespeople and a strong IAM practice,” Woodward said. “They are a great example of an Elite partner. We want Elite partners who are committed to us, and we to them. We don’t need more than six or seven of these. We also aren’t actively recruiting to slice the pie up more from partners who have already been invested.”

The business the internal sales team brings in is now distributed to partners — Authorized partners as well as Elite.

“There’s no hard and fast rule about that,” Woodward said. “Leads can go to Authorized partners, particularly ones with very strong vertical expertise in a region. I would be very comfortable with that. Partners with that kind of expertise probably already have a relationship with the customer.”

“Previously we did not have training program for pre-sales engineers or salespeople,” Woodward indicated. “We did not have a way for any reseller to demo our product if we were not in the room. The sales certification is now complete and rolled out as of a couple weeks a go. The presales certification is now complete. We are still working on the professional services one. That’s important. We’ve got to get it right.”

Since the summer, the amount of channel sales has increased to around 80%.

“We have moved the needle a bit,” Woodward said. “The goal is to get as close to 100% as possible. There are some direct multi-year deals, and there are some customers who want to be direct. We have had some spirited discussions about that, but the reality is that if they are big enough, they can dictate how they buy. It’s likely to take 18 months to two years to get to pure 100% channel. By the end of 2020 we will be 90%, but that last 10% is hard, and there could be some sacred cows there.”

One goal is to increase the ability of partners to sell SecureAuth as a managed service.

“We are very keen on our channel community in managed services,” he said. “We would love to help partners become Identity-as-a Service providers on the SecureAuth platform. But that’s not like snapping your fingers. There’s a lot of work involved. We don’t want to be in the professional services business or in the managed services business, but we would like partners to do both. We are eager for conversations with MSPs around that.”