RocketCyber is broadening out their ecosystem with their first cloud apps, and with a new AppStore for third-party apps, with SecureNow being the first. 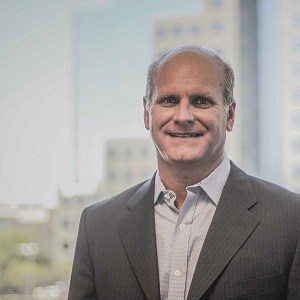 Dallas-based RocketCyber, which makes an SMB-focused threat monitoring platform for MSPs that provides them with SOC-level services, has expanded into the cloud. The company has announced its first apps specifically for the cloud, with three aimed specifically at Microsoft’s Office 365. And while all the apps on the platform have been developed by RocketCyber, they are opening that up with launch of the RocketCyber AppStore, a cloud solution that opens their platform to third party applications.

“MSPs lack visibility when the attacks are originating  from Office 365,” said Billy Austin, RocketCyber’s co-founder and President. “It has been a dark hole. Almost every incident starts with some type of email attack, usually compromising an Office 365 account. That’s why we have invested in the development of our first set of cloud apps.”

Austin said that this has been a huge pain point for MSPs, because while they could combat these attacks, it has been very time-consuming.

“To get visibility into Office threats, they had to log in individually to each instance to identify activity through the logs,” Austin said. “That’s not feasible. These apps let you log in just one time and see a wide spectrum of threat.”

These new clouds apps broaden out the initial focus of RocketCyber’s platform, and Austin said the plan – in the very short term – is to extend it further.

“Our threat monitoring platform has evolved into an ecosystem, in which, through our open RESTful APIs, we integrate with cloud apps and bring in additional telemetry,” he stated. “We are moving with additional apps that will give us the endpoint and cloud attack vectors. Right around the corner is the network attack vector as well.”

The other RocketCyber announcement, the launch of the RocketCyber AppStore, is also aimed at broadening the ecosystem. It makes vetted third-party partner security apps available without the need to deploy additional agents.

“This creates a huge benefit for MSPs,” Austin said. “We have just the one unified agent, and can piggyback other tools on top, so MSPs can flip the switch to whatever security apps are of interest to them. The AppStore lets these third- party vendors leverage our unified agent.”

“We are in communication with other vendors about this as well,” Austin indicated. “There is a vetting process that they go through. The goal though is not to flood the platform with hundreds of apps. We want to focus on the best of breed ones who will benefit our MSPs.”

RocketCyber is focusing on broadening their reach with new MSPs through the ASCII and Internet of Things Security Services Association [IoTSSA] groups, and through Microsoft-specific channel events. Austin and company co-founder and CEO Carl Banzhof will be demonstrating both the new Office 365 apps and the new AppStore at the ASCII IT Summit in Long Beach, CA on February 26.