Distributor Pax8 partners with one of their resellers to add their enterprise-grade SOC service as something that Pax8’s other partners can resell. 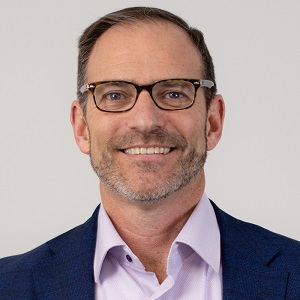 Cloud distributor Pax8 has announced a new vendor partnership – which is really the extension of a relationship with an existing reseller partner which has productized a service. The partner is Novacoast, a Santa Barbara CA-based solution provider which has developed a service, novaSOC, which Pax8 will offer to their other channel partners.

“This is a story we’ve seen before, where someone runs their own managed services business, and builds something for themselves and then starts hearing other partners saying they want services like that,” said Ryan Walsh, chief channel officer at Pax8.

The offering, novaSOC, provides what is essentially an outsourced SOC service.

“They have a blend which on one hand provides automated security alerting and monitoring, and couples that with the human expertise of threat analysts,” Walsh stated. “They have built a multi-tenant portal, which really makes them look and operate more like a vendor with a product.”

“There are vendors who have come into the MSP channel after the fact who don’t have some of the things that Novacoast does from a product perspective, like embedded single sign-on,” he said. “Not all competitors provide 24/7 analyst support, which they do. Another differentiator is that they log all traffic. Novacoast’s business is rooted in significant enterprise experience serving some of the largest clients in the world, especially financial clients like stock exchanges and large banks. It’s not a ‘run of the mill’ service. Their expertise and 24-7 coverage and comprehensive traffic monitoring is what makes them stand out.”

Walsh noted that they became aware of Novacoast’s offering after the solution provider became one of their resellers.

“They found out about us and became a partner,” he said. “We had also heard about them from other vendors.”

MSPs as a general rule prefer to get services from vendors rather than MSPs, but Walsh said that there are other reasons why it makes sense for Novacoast to use Pax8’s distribution to expand their offering.

“We have two kinds of customers – our channel partners and our vendors, and we make it much easier for the vendor,” he stated. “We handle all the billing and aggregation and PSA tool integrations for them.”

While Novacoast’s customer base is larger organizations, Walsh indicated that the offering has been tested specifically for SMB-focused MSPs to take it to distribution.

Walsh emphasized that while many MSPs have not added this kind of SOC service to their portfolio, doing it this way makes it feasible for them to do so.

“Many MSPs would struggle to add this kind of service on their own,” he said. “But this doesn’t require an MSP to become an MSSP. This is something that MSPs are being forced by customers to add to their stack, and a service like this fits into that. It just adds an additional layer of security, in the principle that a layered approach is the best approach.”

Walsh also stressed that adding this kind of service as a layer is an extension of what many MSPs have already been doing.

“MSPs who want to enhance their stack often started with Office 365, and then adding email security to secure that,” he said. “Then they add Web security on top of that, and then they add endpoint security and EDR. This adds another layer of protection, while at the same time removing the huge challenge for MSPs offering the service on their own, of keeping the threat technicians with them.”

This may not be the end of Pax8 reselling attractive services of their own resellers.