B.J. Ferguson has joined Keyfactor as its channel leader, and he has resdesigned the channel program to both recruit and enable more reseller, SI and consultant partners. 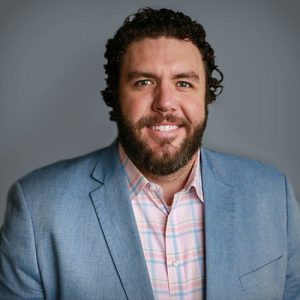 PKI as-a-service platform provider Keyfactor has made a series of changes to their channel program and strategy, with the goal of significantly improving their channel business. The company has announced the hire of B.J Ferguson as head of global channel sales and operations. They have also refocused their partner program, which had emphasized strategic ISV partners, to recruit and enable a select number of key resellers, systems integrators and consultants.

Keyfactor has been around for years, but its present focus, and its name, are both more recent.

“The company started out as a consulting firm in 2001, and eventually realized they had something they could productize, rather than just doing consulting, Ferguson said. The company, then called Certified Security Solutions, began to pivot about five years ago, renamed itself in late 2018 and took a funding round in 2019.

Partners have always been a part of the business model, but they have never really been part of a systematic strategy. That is why Ferguson was brought on board last summer to redesign and rebuild the program, although his appointment is only being formally announced now, with the program’s reboot.

“Keyfactor always sold through partners opportunistically,” he said. “There was never a formal program behind that. I was brought in to build a program where it was easy for partners to join up, and where it would be easy to do business with Keyfactor.”

The program which existed when Ferguson arrived was focused on strategic ISV integrations.

“Keyfactor had spent a lot of time on product integrations with ISVs and other technology partners,” he noted. “That was the core of the program, but there wasn’t a broader program for resellers, or systems integrators or consultants. The program was focused on integrations. We are now shifting that emphasis to these other partners.”

The timing was dictated by the aggressive new strategy and last year’s capital infusion that accompanied it.

“With the influx of investment dollars, the business is ready to scale at a rate that we haven’t seen before,” Ferguson said. “We want to do that cost effectively and the best way for that is to scale through solution providers, increasing brand awareness, and doing joint events with partners. The time is really now to scale. The solution provider channel is not the easiest way to expand, but it is the most cost-effective.”

The partner program is focused on technical enablement, and teaching partners what the best conversations around PKI are today

“To me, the biggest part of the program is that it’s about enabling a technical sale,” Ferguson said. “The big focus is that enablement portion. If we can get partners to understand 10-15% of what we do it gives them a whole different conversation. This question around PKI and certificate management gets asked a bit and partners haven’t had a story to tell. Most of them have had a PKI practice, but what they are seeing is that because of the certificate related outages, more organizations are putting strategy and budget behind it. It’s becoming more of a board level topic. While PKI has been around for a long time – they have been using certificates in mainframes since the 1950s – a lot of companies don’t have the expertise in-house to handle these things.”

“We want to drive that home,” he said. “We have a simple program with a simple agreement that they can sign with us, and become a member.

Having just a single tier at this point in time is part of the simplicity.

“We may get to multi-tier in the future, but at this point we wanted to make it as flat and simple as possible,” Ferguson indicated.

Today, Keyfactor has between 30-40% of business going through partners at this point, and the objective is to scale that up, cost-effectively.

“We want to grow that to 40-50% this year,” Ferguson said. “We want to get more partners on board. We have only a handful now. I want to find more regional partners we can build good relationships with. The goal is to have 4-5 good partners in a region.” Their salespeople’s regions are typically 7-8 states.

Keyfactor has a presence in Canada, and Softchoice is a partner, but they want to expand further in the Canadian market.

“Canada is definitely an area we need to grow in,” Ferguson stated.