The enhanced cloud presence in Canada complements the findings of a new Barracuda study being released today, which emphasizes that the network is increasingly moving to the public cloud, making partner capabilities there more important than ever. 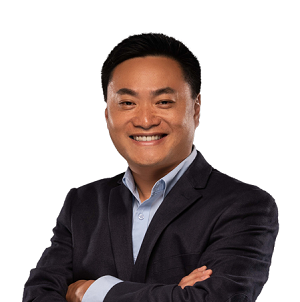 Cybersecurity vendor Barracuda Networks has expanded its regional email protection availability zones in both Canada and Australia, in response to strong triple digit growth of their email protection business in both of those geos. This expansion comes as Barracuda releases a new report emphasizing that the cloud is the new network, and that the kind of public cloud support represented by the new Canadian zones is essential to deal with security concerns as more IT infrastructure moves to the public cloud.

The establishment of the new zones, which in Canada, are in the AWS cloud, come on the heels of very strong growth in email security product bookings in both Canada and Australia. In Canada, these grew at a 254% clip in calendar year 2019, compared with 2018. In Australia, the number was even better, with a 361% increase in sales in 2019 over the previous year.

“We have had really strong organic growth in email security in Canada over the last year,” said Fleming Shi, Chief Technology Officer at Barracuda Networks. The company has been selling its Essentials email security bundle in North America since early 2016, but Shi indicated that they have made a bigger push on their Sentinel spear phishing protection and Forensics and Incident Response offerings within the last year.

“We have had a good base of customers in Canada before, but we wanted to accelerate this because of the expanded opportunity around policy compliance with PIPEDA [Canada’s federal privacy regulation],” Shi indicated. “Office 365 adoption has also been a major factor in these very high growth rates. We didn’t have quite as high growth rate in the U.S., but it was close.”

The new Canadian availability zones are in the AWS region in Canada, although elsewhere Barracuda also has zones in both the Azure cloud and in private data centres. The salience of the public cloud is also emphasized in a report Barracuda is releasing today emphasizing that the cloud is the new network, and looking at customer attitudes about moving infrastructure to the public cloud and concerns restricting adoption.

“Complexity of cloud security services remains an issue, as there are over 160 native services in AWS and Azure,” Shi said. “There is a lack of certainty about how to use these, as any kind of configuration mistakes can create a vulnerability for the whole environment.”

Shi said this offers a strong opportunity for third-party security vendors like themselves.

“The close to 50% who are already doing public cloud have to look for native solutions or third-party solutions, and the large majority look for third-party,” he said. “The cloud providers facilitate this by providing a lot of APIs.”

Shi stressed that the most important takeaway for channel partners here is that the network is moving to the public cloud, and partners need to respond accordingly.

“People are increasingly building their main core infrastructure for public facing services on the public cloud,” he said. “Because this journey is moving towards the public cloud, p0artners need to be fully tooled up and have the skillsets for this. It’s one reason why our new Availability Zones are so important.”