Komprise has been able to move data to the cloud before now, but this is their first cloud native offering. Going forward, the plan, in fairly short order, is to get similar offerings available for the other big cloud providers 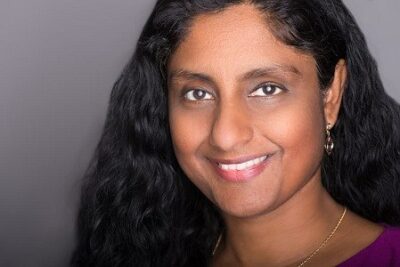 LAS VEGAS — Intelligent data management provider Komprise has announced the introduction of Cloud Data Growth Analytics for AWS, a loud-native version of their software that is specifically designed for the AWS platform. It will allow Amazon S3 to easily move data across clouds and S3-based object storage. The company is demonstrating the solution at Booth 701 at the AWS Re:Invent show here.

Komprise originally came to market with an analytics-driven data management solution. Their software rapidly identifies inactive data, and moves this cold data to less expensive storage without any user disruption.

“This is our third year here at Re:Invent, but this is the most exciting,” said Krishna Subramanian, Komprise’s COO. “So far, our story has been that we can archive data to the cloud with hybrid cloud deployment. Now for the first time we are offering cloud-native analytics.”

Unsurprisingly, Subramanian said that Cloud Data Growth Analytics is the result of customer demand, with the timing being due to the reaching of an inflexion point where more data is being generated outside corporate data centres that needs a way to be managed effectively.

“The growth of DevOps has put more data in the cloud, and has also created bucket sprawl in the cloud,” she stated. “Now, for the first time, we can analyze S3 as a source. You can see how much data is there, who created it, who is using it, and when it was last used.”

Subramanian said this is a high value addition because the clouds don’t do all of this natively.

“In the cloud, they don’t track usage stats – just when it was last modified, but with us you can track when it was last used as well,” she said. “It brings the same simplicity of our on-prem software to cloud workloads.”

“It’s the same architecture, but in the cloud, it can run fully as a SaaS service,” she indicated. “From a feature perspective, there are some differences because cloud pricing is different. We track egress and API costs, and integrate natively into the billing API.”

Komprise is an AWS Advanced tier partner, but AWS is not their exclusive cloud partner.

Subramanian also emphasized that this is a channel-friendly offering.

“Partners can sell it, and at the same Komprise pricing,” she said. “It doesn’t matter if the customer has their data on-prem or in the cloud. They now have one solution to do it all.”