The revamped collaboration platform is a key part of LogMeIn’s strategy of unifying and harmonizing its UCC offerings.

Today, LogMeIn is announcing a major reboot of its GoToMeeting collaboration platform. The new GoToMeeting has a very different look and feel, having been redesigned for a video-first experience. It includes bigger windows, better audio, and new features like a pre-conference Hub and AI-based transcription of notes from the meeting.

LogMeIn is composed of three business units, one of which is the UCC products. It is the largest one, however, comprising two-thirds of the company’s revenues.

“Our UCC strategy has been about consolidating our products into a unified suite with the ‘GoTo’ Brand,” said Jim Somers, LogMeIn’s VP of Marketing for UCC. “We are now one brand, with one suite of products that helps you communicate and collaborate across the entire business.”

This announcement builds on the announcement of the international expansion of GoToConnect and GoToRoom, other elements of the suite, earlier this year.

“GoToConnect is our telephony arm that came through the Jive acquisition in April 2018,” Somers said. “This was a tremendous product that was loved by partners. We embedded our GoToMeeting capability into that, and created GoToConnect.”

Somers noted that the Jive and LogMeIn channel programs have also been unified.

“About a quarter of our UCC business is channel, but it’s a central strategic pillar as we move forward,” he said.

Within this broader context, the updated GoToMeeting is intended to be a complete refresh of the collaboration platform. 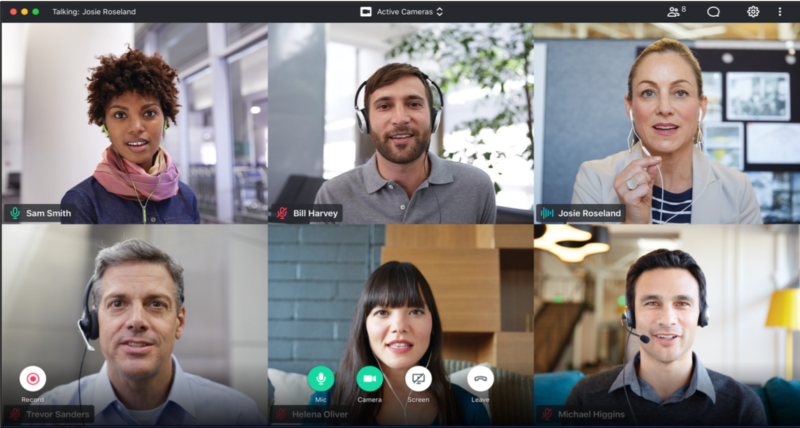 “The whole look and feel is new and different,” Somers said. “The new design, based on the feedback of over 10,000 customers, provides a video-first experience. The windows are now much larger than they were before.”

A new feature is the ‘Hub,’ designed as a pre-meeting, which includes a single workspace of all a person’s meetings complete with meeting information, diagnostics, and the ability to chat, and start and schedule meetings. 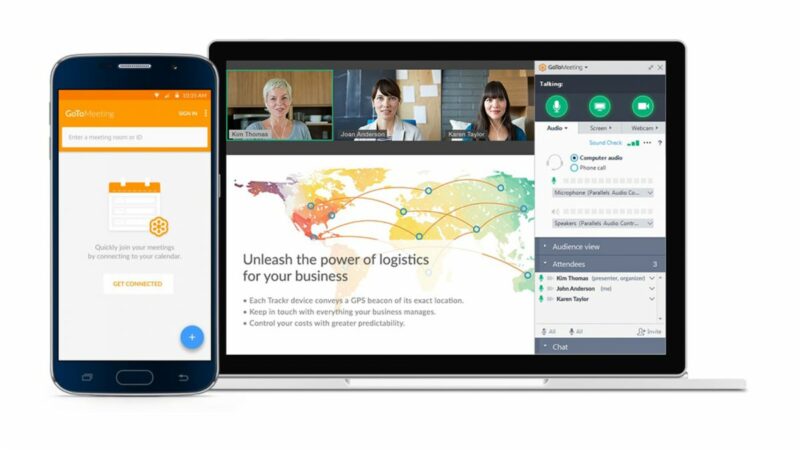 For comparison: the OLD meeting interface

“Think of the Hub as a workbench for collaboration,” Somers said. “It lets you schedule things much more quickly, and transcripts and notes can also be shared.” Somers noted that GoToMeeting’s top tier can now support meetings with up to 3000 participants, with the Business tier, the most popular tier, supporting up to 250.”

The rooms themselves has also changed, to reflect the video-first focus.

“The time to join a meeting has been improved by over 60 per cent,” Somers indicated. “Controls to do things like leave the meeting or share a document are now placed front and centre, and can be more easily found than before. They will then fade, unless they are scrolled over again. It’s much more sleek and intuitive than before.”

Users also now have the ability to choose their preferred camera view, such as everyone, active cameras, or speaker. Rooms can now also be personalized with custom branding as well.

“The notes are automatically taken when recording, and they are time-stamped to go to where you want in the transcript,” Somers said. The smart engine transcribes the words, so you don’t have to worry about taking  notes during the meeting.”

While the notes can be shared after the meeting, videos presented in the meeting can be as well.

“Another new addition is the ability to capture video presentations into slides, which can be shared once the meeting is over,” Somers added.

“We also have a new application for commuter mode, which makes it simpler to mute and unmute.”

“Beyond the user experience, we have also added new features for IT from a management and control perspective,” Somers said. “These include new diagnostics, so an admin can get performance optics for every user, and generate reports daily. There were some diagnostics before, but this makes it easier to find and look at things. We have also upgraded the provisioning to help users get onboarded, and added support for Okta, Azure, and OneLogIn.”

GoToRoom’s user experience has also been updated to reflect the same look and feel as the meeting platform’s application, so the experience is consistent across devices.

“The GotoRoom mobile and GoToMeeting app are starting to look similar – and that’s a very intentional decision,” Somers said. “That hasn’t always been the case in the past.”