While the preview of Lenovo’s foldable PC was the big ‘wow’ factor at the Lenovo Accelerate event, the launch of the new ThinkBooks is really the big news for partners this year. 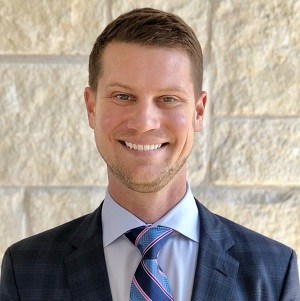 ORLANDO – At their combined Accelerate event for partners and Transform event for customers here, Lenovo has introduced what it terms a new-subcategory of products. The new ThinkBooks are aimed squarely at the SMB space, specifically the $USD 600-1000 segment, and are designed to appeal to younger users who want a smartphone-like experience. They are also designed to drive Lenovo’s channel PC business further, and get the company closer to its strategic objectives for growth there.

Lenovo’s PC numbers need to be seen in two ways – globally, where they were back on top for the most recent fully year – and in North America, where they are third, behind Dell and HP.

Those North American numbers are a sore spot, and are one of the reasons why Matt Zielinski, the President and SVP of Lenovo’s PC and Smart Devices business in North America, was the sixth person to hold the job in six years when he took the job last year. Having bucked the trend towards churn by being back for his second Accelerate, Zielinski emphasized Lenovo’s commitment to both short- and longer-term growth in this space.

“In North America, we are still a distant number three at 15.1 per cent,” he said. “We want to be at 20 per cent within three years, and we will do that entirely through the channel. We want to be number two in the North American PC market within five years.”

SMB growth is a key part of that strategy. Lenovo has just concluded a great year in SMB PCs, and they are looking to super-charge that further in the year ahead.

“We said that SMB would be partner led, and SMB has skyrocketed,” Zielinski stated. “We had record SMB share and revenue – up 40 per cent year over year in a flat market.” It was a key to Lenovo adding 247 new logos in North America in 2019 – the goal had been 200 – and almost a billion dollars in new revenue.

“Now we are about to dump gasoline all over that fire,” he stressed.

A key to this is the new ThinkBook sub-brand, specifically focused on SMBs, that was announced at Accelerate. The splashy technology product announcement around the event was the new Foldable PC that Lenovo previewed. It’s something that other OEMs have also been working on, and Lenovo being the first to get a model to the tech preview stage is a feather in their cap in terms of being able to make a case to customers that they are on the cutting edge of technology. The goal now is to be the first to get it to general availability, which Lenovo acknowledges is still a ways off, at some unspecified point in 2020. Zielinski acknowledged the Foldable computer’s importance – but also that he thinks the new ThinkBooks are the real buzz for channel partners from this event.

“The Foldable PC is not a toy or executive jewelry,” he said. “It’s the future of compute. But what excited me the most this week is the ThinkBook. We believe that 50 per cent of SMBs buy consumer devices for their PCs, and that 40 per cent buy those consumer devices at retail. That makes this a perfect product for partners to sell. It’s thinner, lighter and sleeker, and can go up against the consumer brands. It’s built for that consumer look and feel, and a market that likes choice. It’s meant to go up against Dell Vostro or HP ProBook. It’s a Vostro killer. It’s a ProBook killer.”

The newly-announced ThinkBook S series is available in 13-inch and 14-inch models, and are designed to appeal to younger users looking for a smartphone experience in a much more productive device. They can lay flat at 180°, and have ultra-narrow bezels to enhance display size in a small package, that weighs in at 3.3lbs (1.5kg) on the ThinkBook 14s and 2.95lbs (1.34kg) on the ThinkBook 13s.

Features include single-step authentication and power-on with the touch fingerprint reader, a spill-resistant keyboard, and up to 11 hours of battery life on the ThinkBook 13s and 10 hours on the ThinkBook 14s.

“We think there is a significant opportunity in the commercial space in the $USD 600-1000 range,” Zielinski said. “That’s the one part of the market where there is work to do, and we built ThinkBook with that in mind.”

At the same time, Zielinski emphasized this isn’t just a low-cost alternative in the business space.

“There’s nothing low end about it,” he said. “This is built for a workforce that prefers consumer devices, but needs workforce manageability. There could be an interesting price-performance play, but we didn’t develop this to hit a new price point. There’s a new category creation going on here as well.”

These devices will be available soon. Both are slated for late May availability, at an expected starting point of  $USD 729 for the ThinkBook 13s and $USD 749 for the ThinkBook 14s. Zielinski thus expects them to have a big impact on this year’s numbers.

“With these, we think the channel can make some significant new inroads into SMB,” he said.