Gigamon introduces a new partner program designed to provide greater rewards for bringing in new business, and for being better able to support customers. 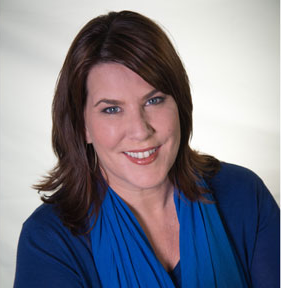 Networking visibility vendor Gigamon has rebooted its channel program to encourage and enable partners to bring in more business themselves, and make them better able to support customers. The key changes in the Catalyst Channel Program involve a changed incents system, through both revamped deal registration and new rewards for performance. Training has also been enhanced to make more resources for technical training available.

“This new program is organized across the selling cycle – rewarding for performance, for bringing in  new business with deal registration, for driving opportunities to close with CloseONE rebates, and for supporting the lifecycle of the customer with professional services,” said Michelle Hodges, Gigamon’s Vice President of Worldwide Channels and Alliances.

“We have had some exciting growth coming at us,” she stated. “We could not hire sales people fast enough. It’s the reason why we invested more in the channel.”

The goal of the new program is not only the obvious ones of making partners more profitable and encouraging them to sell more Gigamon, but to be able to manage the customer in a fully channel-led environment.

“As we grow the business, we know that when we acquire a customer there is a lot of growth in the first year, and a half, which requires a continued relationship,” Hodges said. “We want the partner to lead that relationship.” This is particularly the case in the 500-5000 segment, which Gigamon has defined as entirely channel-led.”

Incents have been revamped to better reward partners for bringing in deals themselves.

“The first thing we did was bifurcate deal registration into ‘channel-initiated’ and ‘channel-assisted’ categories, to put a ten point spread between the two,” Hodges said. “This is to reward channel partners who bring in new opportunities. It’s to reward both new logos as well as the addition of new divisions within an existing customer.”

Two other new incentives have also been added. One is a “CloseONE” rebate, for partners who close deals independently. The other is for partners who are compliant in professional services, so can offer this capability to customers.

The other key change with the Catalyst program is the reworking of technical sales development, which includes the additional of new resources.

“The certifications are the same ones that were there before, but they have been entirely refreshed to improve technical sales development,” Hodges stated. We have added TechSMART components around channel enablement, doubling down on the sales engineer role. This is not a new certification, but an additional enablement resource.” Hodges also noted that Gigamon has added a new GigaCHAMP designation, to highlight extremely proficient individuals.

The Catalyst Program is a standard three-tier program. The old one used to have a designated Registered tier, but that has been changed to what Hodges referred to as more of an open door tier for transactional partners.