BlackBerry and Cylance also said that they expect synergies to their channel business on both sides, as well as to the business overall. 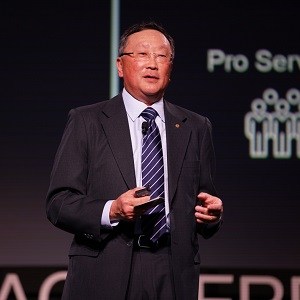 Well, the rumors were true. It leaked out last week that BlackBerry was in negotiations to acquire Cylance for $1.5 billion. The actual price was  $1.4 billion, although BlackBerry also assumes responsibility for Cylance’s unvested employee incentive awards. What’s important about this deal though is not what BlackBerry will pay but why the mobile security specialist wanted to acquire an endpoint security vendor. In a word – IOT – or what BlackBerry calls the Enterprise of Things, to better define the part of the market in which they have interest. It’s all related to BlackBerry’s launch of its BlackBerry Spark initiative last September.

Spark is BlackBerry’s next-gen platform for the Enterprise of Things, although much of it is a rebranding of things that exist today, with their Unified Endpoint Manager capabilities being the foundation, and other elements scheduled to be added within the next calendar year. It has a deep emphasis on IoT related security and industry-specific safety-certifications, like ISO 26262 in automobiles

“BlackBerry has been working on expanding the business and we are focused on the Enterprise of Things – the enterprise market of the IOT,” said John Chen, Executive Chairman and CEO of BlackBerry, in a media conference call Friday morning. “Endpoint protection and connectivity is where we want to excel, and it fits into the DNA of the company. Hyperconnectivity, where everything talks to each other, is important – but IoT still hasn’t really taken off because of issues around cybersecurity protection and privacy.

“For security, we have partnerships now around anti-quantum hacking, and around blockchain technology in our NOCs, and we are developing identity management systems, and we have already talked about these in the past,” Chen added. “This is the next step, and it’s a huge step for us.

“We see major synergies around helping out with the Spark platform, with todays UEM product line for enterprise applications and QNX which is embedded in 120 million cars today,” Chen indicated. “Both segments will benefit from Cylance.”

Chen emphasized that because Cylance is a very lightweight solution, it is ideally suited for the embedded market of the IoT.

“We already have a strong presence in the IoT because of the way we have architected Cylance, so it can protect against the unknown in the Industrial Internet of Things,” said Stuart McClure, Co-Founder, Chairman, and CEO of Cylance. “We are strong in industrial control systems and SCADA and we have many customers in oil and gas, power and water. We have the ability to be completely autonomous of the cloud, which is effective in these highly regulated industries.”

Chen said that they see other synergies with Cylance as well.

“BlackBerry would love to get into the Cylance customer base with security solutions for device management and application management,” he stated. “Cylance has been focused on fixed assets. We are mobile-first, so that is extremely complementary. We will make sure all the Cylance knowhow runs on mobile as well. That opportunity is huge, with connected cars and autonomous platforms. Cylance will become part of a platform with Spark, and customers today prefer a platform. There’s a market advantage there but we obviously have to deliver on it.”

While Cylance had been publicly pursuing an IPO, the two companies had also been in negotiations about this for approximately three months.

“They were on the path to go IPO, and we were trying to interrupt their path,” joked Chen. “We’ve been been working hard at putting the two companies together, and we finally got approval from both boards last night.”

Cylance is one of multiple next-generation endpoint protection companies that rely on Artificial Intelligence and Machine Learning rather than signature-based detection to combat malware.

“Signatures are defined as that which we know, and new cyber attacks are that which we don’t know,” McClure said. “The only way to protect against these kinds of attacks is AI and machine learning. That has been a part of our DNA from the very beginning.

Cylance has always had a 100 per cent channel strategy, while BlackBerry has a hybrid go-to-market model, in which the percentage of channel business has been increasing

“We have been a 100 per cent channel company from day one, and this is a huge opportunity for them to sell deeper and sell broader,” McClure said. “Every partner should be super-excited about this.”

Chen said that the Cylance acquisition will be huge for the established BlackBerry channel.

“BlackBerry has been enhancing our business in the channel,” he stated. “The telecoms have been a good channel for us, but recently we have begun to add more systems integrators and application providers. This will help us step up the percentage of channel business.”