Bell becomes the first Cisco service provider partner to take the Viptela SD-WAN solution, which Cisco acquired a little over a year ago, to market on a broad national platform. 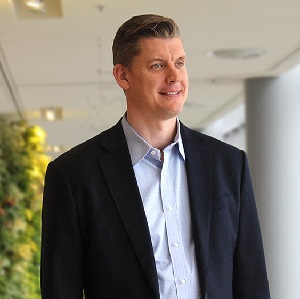 TORONTO — Bell has launched its new Virtual Network Services platform, the first of its kind in Canada. It provides a catalogue of on-demand network functions from Bell’s secure private cloud. The first of the services to be launched is the Cisco Viptela SD-WAN service, which reflects Bell’s status as both a major Cisco channel partner, and a major Cisco customer. The announcement was made at the Cisco Connect event in Toronto.

“With this we have launched a virtual network services platform – a platform connected to the network that lets customers buy a catalogue of services,” said Jeremy Wubs, Senior Vice President of Marketing, Bell Business Markets. “The first service on the platform is the Cisco Viptela SD-WAN software.”

This kind of platform has begun to appear in the U.S. from service providers like Verizon, but this is its first appearance in Canada.

“No one else in the Canadian market has a platform like this – fully managed – where customers can buy a catalogue of services on the platform,” Wubs said.

At launch, Cisco Viptela is the first and only service on the platform.

“We chose the Cisco SD-WAN for a number of reasons, including Viptela’s rich technology,” Wubs said. “We are also a Cisco customer as well as a partner, and we use Cisco’s technology in our network. We will be adding additional services regularly, and they will all be third-party services like this one from Cisco.”

“They will be around workloads that lend themselves well to working with a high-performance network,” he said. “Ideally, they are in areas where we can help a client save from having to purchase or four pieces of equipment. Part of the objective here is to save the client money on purchasing hardware.”

Mark Collins, Vice President of Cisco Canada’s Partner Organization, stressed that this announcement is an important one on several levels. 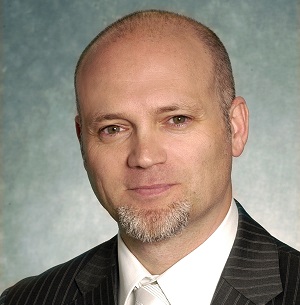 “Bell is a large service provider in Canada and a very trusted brand, who Cisco has been partnered with for a long time,” he said. “It’s not just about adding a feature to the network. The addition is profound because it’s about bringing a software-defined networking capability. Fundamentally, it means that Bell and Cisco together can bring together an agile cloud capability. The technology in this launch will let Bell take a lot of what would be delivered in boxes and instead use the software-defined capabilities to do things dynamically, instead of doing truck rolls. Being software-defined is a paradigm shift.”

The offering is also important for Cisco in terms of broadening Cisco Viptela’s go-to-market.

“Viptela has hundreds of customers, but what we haven’t had has been a channel around Viptela,” Collins said. “What we had was this technology being piloted and developed by customers, or customers headquartered in the U.S. who used it, who would have it show up in Canada. We have not had a large Canadian-based Tier One service provider leading with it, so a customer could partner with someone who would be able to use it to reach all their locations. That’s what this is.”

The Bell offering is targeted broadly at enterprise and midmarket customers – basically any customer who wants ease and flexibility in connecting to the cloud.

“This is the kind of thing that should be interesting to all customers right now,” Collins said. “All customers today are going through transformation. Things are changing extraordinarily quickly, and it changes their expectations. All businesses and channel partners now wrestle with the issue of how to use technology for strategic advantage., and this technology can help them do that.”