Veritas fundamentally designed their user interface in accordance with principles of simplicity, intuitiveness and integration, with the latter creating an API First approach which will make it much easier for customers and partners to integrate NetBackup with other solutions. 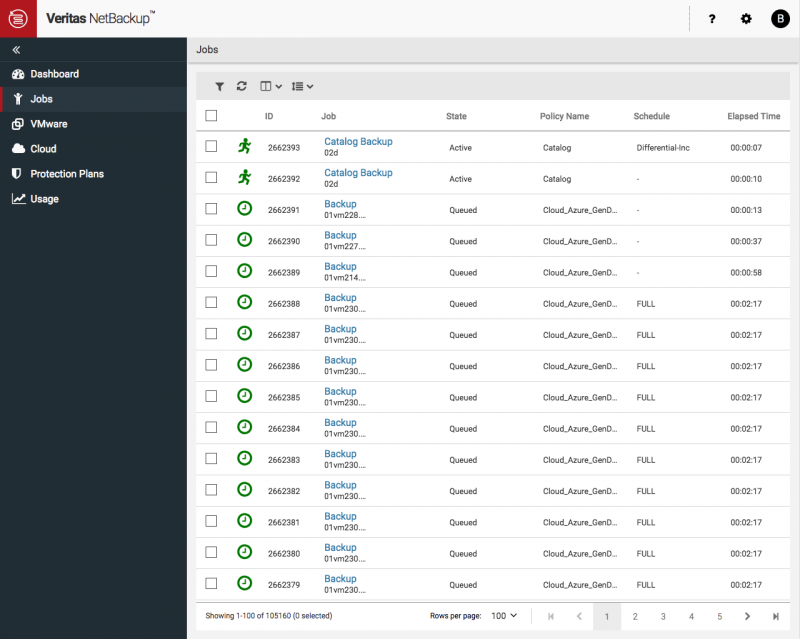 Today, data protection vendor Veritas is releasing the 8.1.2 release of their long-standing NetBackup offering. While a facelift of an older user interface is often one of the features of a new release, with Veritas NetBackup 8.1.2, the new interface basically IS the new release. The company does, however, think that the upgrade is sufficiently impressive to warrant its being highlighted in this way.

“There are three things of significance here,” said Killian Evers, Veritas’ vice president of user experience. “The first is highlighting the fact that we have a design strategy at all. We haven’t talked about this much in the past, but this is what we have implemented in 8.1.2. The second is that we also have a  new centralized design organization running behind this. The third is that we listened to our customers, and that was important in developing the ‘API-first’ mentality in this release.

Evers joined Veritas from Oracle in January and oversaw the creation of the centralized organization and drafting of the design strategy.

“We heard from our customers that the user experience we provided could be better,” she said. “The users wanted changes.”

The idea here isn’t to make the Backup Exec interface like Apple, and fully democratize it so that Line of Business users can merrily set backup policies. There, is, however, a clear intent to broaden its use beyond deeply-focused backup admins, to free up the latter from more mundane tasks.

“Gartner has recently talked about the rise of the versatilist – particularly around the backup admins,” Evers said. “While organizations still have backup admins, today they also have versatilists who are delegated things – often by the backup admins – and this is aimed at them as well. We talked extensively with the backup admins. They said that they wanted an experience that felt easier to use and was nicer, without having to be the equivalent to PayPal. Good design helps all. It’s about understanding the pressure backup admins are under today, and making their jobs easier to do, at a time when they are expected to do more with less.” 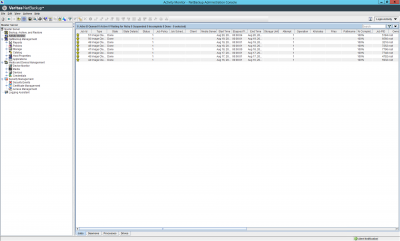 Evers said that the design strategy itself has three pillars.

“The first is that it be simple to use, with no training required,” she stated. “We also wanted users to be visually excited. Customers should LOVE using our software.”

The second pillar was that the software be intuitive.

“It has to follow human expectations,” Evers said. “Calendars look like the ones on iPhones and tablets. We have also centralized content as part of this. We have also changed to a more conversational style.”

Integration is the third pillar.

“Things need to be integrated not just across devices, but across the entire lifecycle,” Evers said. “We looked at it from an end to end perspective. It also includes packaging and marketing. It also requires an API First methodology so it can integrate with other ticketing systems like ServiceNow, as well as other configurations like Hadoop. The API-first mentality lets you create loads of better experiences through lots of different kind of integrations.”

The result of all this, Evers said, is much smoother ability to delegate the right roles and permissions, and what these admins can access.

“We also allow the admins to simplify navigations, and things are streamlined so they can do what they need to do and don’t get lost,” Evers indicated. “We have also created new guided configurations for creating a protection plan. It guides users – especially those delegated admins –to allow them to create a protection plan. It’s a way to bundle in all the properties of what you want to do, and it does the administration for you. There is also now a one-page comprehensive summary of all protection views, where you can access things directly, and where you can see everything from one page.

“We also used a lot of color – appropriately – to highlight where you have gaps in your protection,” Evers added.

So what’s new besides the interface? The API First focus effectively expands and deepens the integrations that NetBackup 8.1.2 facilitates – something likely to be of significant importance to users, and even greater importance to channel partners.

“We talked a lot with partners as well as customers, and they said that the API First mentality speaks volumes to them,” Evers said. “Partners, as well as customs also like the intuitiveness and design simplicity.”